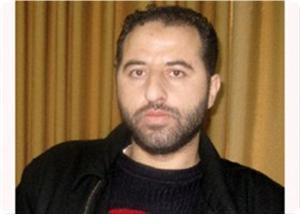 NABLUS, (PIC)– Detainee Hassan Safadi is adamant on maintaining his hunger strike in Israeli occupation jails after 45 days of starting it despite losing 25 kilograms so far, his family said on Wednesday.

Fuad Safadi, Hassan’s brother, told Quds Press that his brother was hospitalized twice after he suffered high fever. He added that Hassan was also suffering pain in his left kidney, stomach, and head in addition to difficulty in walking.

He said that the Israeli occupation authority (IOA) held his brother in isolation as a punishment for his hunger strike, adding that Hassan served 100 months on aggregate in administrative detention, without trial or charge.

He said that his family was still holding contacts with the Red Cross in a bid to facilitate visits to Hassan, which are banned by the IOA, and to allow doctors to check on him and other hunger strikers.