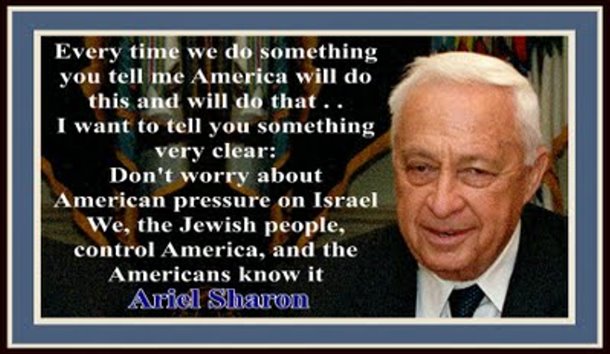 Israeli news source Ynet recently published an article which examines the wealth of Jewish Zionists, their predominance and their “superiority” over other Americans.

Excerpts from the Ynet article:

Since arriving in US some 100 years ago, Jews have become richest religious group in American society. They make up only 2% of US population, but 25% of 400 wealthiest Americans…

…World Jewish Congress President Ronald Lauder… Forbes magazine estimates his wealth at $2.7 billion His family owns the Estée Lauder cosmetics giant, he is one of the biggest art collectors in the world, and owns dozens of television channels and media outlets in the United States and worldwide, including 25% of Israel‘s Channel 10 TV. He is a heavy donor to countless Jewish and Israeli organizations, bodies and officials – including Netanyahu…

Jews in all centers of power

Lauder is definitely not the only American Jew funneling money to Israel while influencing the country.

Each new immigrant (to Israel) receives aid from the Jewish Agency, whose budget is mostly made up of donations from theUS.

…A study of the Pew Forum institute from 2008 found that Jews are the richest religious group in the US: Forty-six of Jews earn more than $100,000 a year, compared to 19% among all Americans. Another Gallup poll conducted this year found that 70% of American Jews enjoy “a high standard of living” compared to 60% of the population and more than any other religious group…

…More than 100 of the 400 billionaires on Forbes’ list of the wealthiest people in Americaare Jews. Six of the 20 leading venture capital funds in the US belong to Jews, according to Forbes…

Alongside the Jews, millions of immigrants arrived in the US from Ireland, Italy, China and dozens of other countries. They too have settled down since then, but the Jews succeeded more than everyone. Why? All the experts we asked said the reason was Jewish education. Jewish American student organization Hillel found that 9 to 33% of students in leading universities in the US are Jewish…

The article carries on with its self aggrandizing claims about Zionist Jewish “superiority”  over Americans.

While Ynet brags and boasts about Zionist Jewish wealth, influence and dominance over the American people, Ynet fails to address an obvious question: Why is the average American taxpayer supposed to pay $billions / year in aid to Israel while these superior filthy rich Jewish Zionist Americans don’t pay instead? If they –the “superior” Jewish Zionist Americans- care about Israel so much, they should definitely be paying these $billions out of their own pockets instead of the American taxpayers’pocket.

Ynet highlights Zionist American overrepresentation and predominance in almost every field, but forgets to mention some very relevant facts that are needed to present the whole picture. Some of these pertinent facts are discussed herebelow:

Haaretz – one of Israel’s most reputable news sources – reports that Jews are underrepresented in the US army http://www.haaretz.com/jewish-world/jews-are-under-represented-in-the-u-s-army-1.347683 and strangely cites the Holocaust as the main reason behind this hypocrisy and lack of loyalty by the “superior” Zionist American Jews to their own country.

It seems that these morally and intellectually “superior” Zionist American Jews are doing every thing they could to make sure that America is completely hijacked to serve its “superior” Zionist masters. The ordinary American taxpayer pays $billions in aid to Israel. Zionist Americans have actively pushed the US towards illegal wars sacrificing American lives in illegal wars that -among other reasons- are intended to serve Israel’s colonial interests.

It is worth noting that Zionist American Jews are overly represented in acts of espionage and treason against their own country the US to serve Israel.

Israel and AIPAC have long spied on U.S., officials say. Israel has one of the most dangerous and active spy operations against the US

America is subordinated to the “superior” Zionist Americans to the extent that a prominent American Zionist former Secretary of State is trying to grant clemency to an American Jewish Zionist who spied against the US for Israel.  The Zionist fifth column at its best, betraying the US as per usual.

While Zionists keep perpetuating their claims of “superiority”, they forget to mention their superior immorality and criminalism as well. Israel is a superior business hub for immoral activities such as organ trafficking and harvesting, blood diamonds, illegal arms dealing etc.

Israel’s economy is booming because mega swindlers such as Bernie Madoff and other Russian Zionist oligarchs have been channeling and laundering money via Zionists and Israeli institutions for decades.

Israel is doing better than other countries because it runs one of the dirtiest- non -ethical economies in the world as Israeli writer Gilad Atzmon explains.
http://www.gilad.co.uk/writings/gilad-atzmon-israeli-economy-for-beginners.html

Another proof of the Zionist “superiority” over Americans: Only Zionists and their minions in the US government can get away with legally stealing American technology and selling it to the enemies of the US as Ynet reports.

Israel: the ultimate enemy of the West