As Israeli Jewish terrorist attacks on mosques in occupied Palestine are assuming a phenomenal frequency. 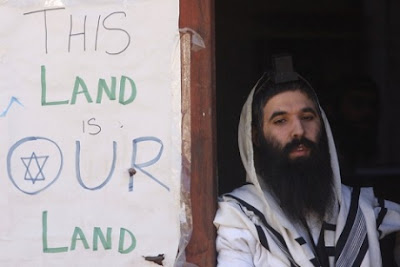 Indeed, with the Israeli government and security establishment doing next to nothing to put an end to this wanton and unprovoked terror, a huge fire is being started in the region.

In religious wars, all sides are usually variably culpable and blamable. However, in the occupied Palestinian territories, Jewish fanatics bear nearly 100% of the blame.

The attacks are perpetrated under the slogan “Price Tag” every time the Israeli army moves to dismantle a Jewish settlement outpost.

So why is it that the Palestinians and their places of worship are attacked, not the Israeli army?

Well, it takes a thoroughly sick mind to rationalize, even glamorize such attacks, but the Israeli settler camp never faces a shortage of virulence, mental depravity and mental sickness.

We are talking after all about the worst of the worst that racist, Talmudic Judaism could breed, people who view the rest of mankind as subhuman.

The practical implications of such a venomous ideology are enormous and absolutely nefarious. If non-Jews are subhuman, then their lives must be worthless, have no sanctity and expendable.

Think not I am making an exaggeration as it is difficult to exaggerate the evilness of these racist thugs who spend a lifetime demonizing and dehumanizing humanity as they celebrate their Chosen-people or Master-race status.

Unfortunately, the Israeli government and security establishment are giving these criminal-minded thugs a free rein to gang up on virtually unprotected Palestinian civilians, torch mosques and churches and vandalize olive groves throughout occupied Palestine.

The Nazi Hitler Youth was once viewed as a marginal group. However, the world saw what that “marginal” group was able to do during Kristalnacht in November, 1938.

Hence, the question begs itself whether the Israeli government should wait until the so-called hill-top “troublemakers” morph into a Jewish Hitler Youth.

Unfortunately, the Israeli government, the most fascist ever, can’t be given the benefit of the doubt.

In the final analysis, the suspected connivance and obvious leniency with which the Netanyahugovernment treats these despicable criminals, along with the mind-boggling reluctance to prosecute them raise many hard questions about the nature of that government.

One Israeli writer, when asked recently why the government didn’t exercise its legal authority to arrest and try Jewish terrorists who attack Muslim and Christian holy place, said a venomous snake wouldn’t bit its own tail.

There is another worrying dimension to this obscenity, namely the virtually complete absence of real condemnations of these terrorist acts by Jewish leaders in Israel and abroad.

Jewish leaders in Europe and North America wouldn’t wait a minute to condemn the slightest anti-Semitic attack on Jewish targets, even if this target happened to be a lone Jewish grave in an isolated village in Eastern Europe .

Even remarks or even slip-of-the-tongue jokes are castigated and people are made to pay a price.

However, when fellow Jews carry out outrageous acts of terror, arson and vandalism against mosques and churches, we see that these same Jewish leaders become speechless as if the acts of terror took place in a different galaxy.

The Jewish leadership must realize that the orphans of Kahana and thuggish terrorists of Gush Emunim are more than trouble makers. They are in fact criminal fire-starters whose pyromania could burn Jews as well as non-Jews.

Hence, Jewish leaders must have the necessary courage and rectitude to admit that Jewish terrorism is a two-lane street and that Muslims won’t stand idle if their peaceable holy places continue to be torched and vandalized in the most blatant and unprovoked manner.

Of course, it would be naïve to expect verbal condemnations by Jewish leaders to stem the tide of Jewish settler terror against Muslim and Christian holy places.

However, this is the very least Jewish leaders should and can do to exonerate themselves from the ostensibly logical Charge that these leaders adopt a duplicitous attitude toward Jewish terror in Palestine by denouncing it when speaking to a non-Jewish audience while praising it privately.

Finally, the Palestinians themselves must not entrust the task of protecting mosques and Churches to Israel . The Palestinian Authority (PA) must deploy armed guards in the vicinity of mosques in order to protect them from Jewish terror. Crying out for help won’t help very much. We have to do our own duty first and none would blame us for doing what anyone else would if they were in our shoes.