WASHINGTON – The Unites States has announced it will allocate $235 million for the development of safeguards against rockets and missiles that could be launched towards Hezbollahand David’s Sling system, designed to intercept medium- to long-range rockets and cruise missiles, and the Arrow 2 and 3 systems against long-range ballistic missiles.

This unprecedented sum comes at an unexpected time, while the American government is dealing with large budget cuts, including at the Pentagon. 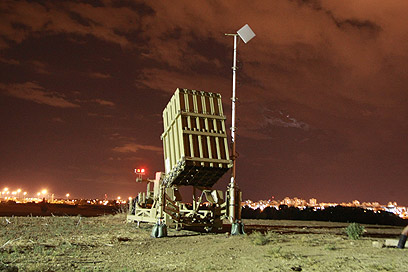 However, Pentagon officials were the ones who requested that Congress approve a $106 million aid budget for Israel’s Iron Dome budget.

This budget, however, is not considered to be part of the American aid to Israel, but rather, goes towards military cooperation between both countries, with each one allocating a similar amount in developing anti-missile systems.

The US’ defense assistance to Israel is estimated at over $3 billion for 10 years, beginning in 2007, two-thirds of which end up in the hands of America’s military industries.