STRASBOURG: The European parliament pressed the United States and the European Union on Thursday to respond to the “legitimate” Palestinian demand to be represented as a state at the United Nations.

With Israeli-Palestinian peace talks in limbo, the European MPs made their plea in a resolution adopted in a show of hands ahead of a US-EU summit in Washington on Nov.28.

The parliament urged the United States and the EU to “address the legitimate demand of the Palestinians to be represented as a state at the United Nations as a result of negotiations within the UN framework.”

The parliament had asked the 27 EU states to be united on the issue as governments diverged over whether to back the Palestinian bid.

Palestinian President Mahmoud Abbas applied for full UN membership on Sept.23 despite US and Israeli opposition.

Britain and France, which have veto power at the UN Security Council, have declared that they would abstain if the 15-member world body votes on the application.

Separately on Thursday, Palestinian officials denied reports claiming that they were willing to freeze their statehood bid at the United Nations if Israel handed over tax collection funds it had withheld over the Palestinian National Authority’s acceptance into the UN’s educational panel.

On Wednesday, a European diplomat said that the PNA offered the United States a deal, saying it would freeze all moves to achieve full membership for “Palestine” in various UN agencies until the end of January, while the United States and Israel would resume transferring it funds.

NABLUS (Ma’an) — Israeli forces have closed the entrance of Beita village in Nablus and are refusing to allow residents to enter or exit the area, witnesses said late Thursday.

Soldiers erected flying checkpoints in Huwara and the entrance of the Shavei Shomron settlement, and closed the nearby Beit Furrik checkpoint, travelers said.

Israeli forces are also searching cars before allowing them to continue.

The official Palestinian Authority news agency, meanwhile, reported that four Palestinian youths from Azun, a village south of Qalqiliya, were arrested as well as three others from Hebron.

Qusai Saleem, 17, Rashad Shbetah, 13, Ihab Misha’al, 17, and Ibrahim Inayah, 17, from Azun village, east of Qalqilya, were arrested after soldiers raided their homes and forced them out into the cold, Wafa reported.

Riot police secure the US Embassy in Athens, November 17, 2011.
Greek security forces have clashed with protesters who were marching on the US embassy in Athens to mark the anniversary of a bloody 1973 student uprising which helped topple a US-backed army dictatorship in Greece.

The Thursday demonstration was swelled in numbers as many joined the rally to protest against unpopular austerity measures, aimed at saving the country from its debt crisis, Reuters reported.

Earlier around 7,000 policemen were deployed in Athens amid fears that the demonstration may turn violent

The demonstration come a day after Greece new interim government won a vote of confidence in a parliament.

Greece is in the midst of a debt crisis that is threatening the whole eurozone. The new interim government must ratify a bailout deal in three months to avoid a default and remain in the bloc.

The European Union (EU) and the International Monetary Fund (IMF) have presented Greece with two rescue packages in return for specific austerity measures, which include the cutting of public sector salaries and pensions, increasing taxes and overhauling the pension system. The suggestion of these measures has sparked nationwide protests in Greece.

An American Predator drone
At least 13 people have been killed after US assassination drones launched aerial attacks in southern Somalia near the border with Kenya, Press TV reported.

Somali tribal elders, speaking on the condition of anonymity, told Press TV that the remote-controlled aerial vehicles fired several missiles at Buzar village, which is located close to El Wak city in Somalia’s southwestern region of Gedo, on Thursday.

They added that dozens of people were also injured in the strikes.

The aerial attacks came as US assassination drones had struck Buzar village a day earlier. At least 26 people were killed and dozens more were also wounded in Wednesday’s drone attacks.

Somalia is the sixth country where the United States has used assassination drones to launch deadly missile strikes.

The US military has also used drones in Afghanistan, Pakistan, Libya, Iraq, and Yemen.

On October 28, the United States admitted to flying the terror aircraft from a base in Ethiopia.

“The US has unarmed and unmanned aircraft at a facility there (Ethiopia) to be used only for surveillance as part of a broad, sustained integrated campaign to counter terrorism,” said Pentagon spokesman Captain John Kirby.

The confirmation appeared a day after The Washington Post revealed in a report that the US flies “armed” drones from an airfield in Ethiopia’s southern city of Arba Minch.

Somalia has not had a functioning government since 1991, when warlords overthrew former dictator Mohamed Siad Barre.

Strategically located in the Horn of Africa, Somalia remains one of the countries generating the highest number of refugees and internally displaced persons in the world. 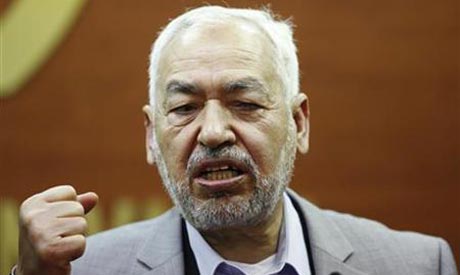 Many Tunisians loathed Zine el-Abidine Ben Ali’s dictatorship for its unchecked corruption and allergy to genuine democracy, but his toppled regime once stood out as an Arab state with a progressive approach to gender equality.

Souad Abdelrahim, the sole female member of Ennahda not to wear a headscarf, last week sparked concern that the party might seek to curb women’s rights.

She said single mothers were “inconceivable in an Arab Muslim state” and added “they must marry” in order to attain full rights.

The 47-year-old pharmacist, who was touted during the election campaign as the moderate face of Ennahda, banned under Ben Ali, later said she was “misunderstood”, and described single mothers as “victims”.

Then, last Sunday, Hamadi Jebali the party’s number two official who is tipped as a possible prime minister, alarmed some by evoking “the caliphate”, an Islamic system of government based on sharia law.

Another Ennahda moderate, the lawyer Samir Dilou, tried to persuade the public that his colleagues’ remarks were taken out of context, a move consistent with the party’s efforts to ease anxiety about its Islamist bend.

He was bombarded on Facebook and branded the party’s “chief executive in charge of denials”.

Less humorous political analysts have warned that with these recent comments Ennahda has revealed its true nature, even as the party strives to form an interim coalition government.

“Up to the elections, Ennahda made no missteps, and avoided controversy. But since their victory, they have relaxed”, said the writer and journalist Sofiene Ben Fahrat.

“We shouldn’t forget that Ennahda has an ideological and strongly religious frame of reference,” she added.

Party founder and leader, Rached Ghannouchi, had called in the 1970s for the strict application of Sharia Islamic law to restore order in a society he said had become depraved.

He has become more moderate in his statements over the years, and recently reaffirmed the party’s “commitment to the women of Tunisia, to strengthen their role in political decision-making, in order to avoid any going back on their social gains.”

The party won 89 out of 217 seats in Tunisia’s new constitution-writing assembly, and needs to court allies from other camps if it hopes to govern.

But, said Ben Fahrat, Ennahda is itself partially divided, and it’s not clear whether its conservative or liberal wings will drive policy moving forward.

There was an ideological divide, he said, between a younger generation of supporters with a modernist approach and a leadership with a mindset closer to that of the Muslim Brotherhood, the Egypt-born conservative Islamist party, he said.

JERUSALEM (Ma’an) — Israeli forces have closed down a workshop used to forge documents in a village near Nablus in the occupied West Bank, officials said Thursday.

Sumari said a 34-year-old Palestinian man was arrested and various devices and means of forging were seized from the scene. She did not elaborate on the nature of these forged documents.

The suspect, who was not identified, is currently under investigation, she added.

WEST BANK, November 17, 2011 (WAFA) – Israeli soldiers Thursday arrested seven Palestinians, including youth and a child, after raiding several houses and areas of the West Bank, according to local sources.

They said Israeli soldiers arrested four Palestinian youth, among them a child, from Azun, a village south of Qalqilya and another three Palestinians from Hebron in the West Bank.

Sources said that Israeli forces arrested Qusai Saleem, 17, Rashad Shbetah, 13, Ihab Misha’al, 17, and Ibrahim Inayah, 17, from Azun village, east of Qalqilya after raiding their family homes and forcing them to go out in the open cold weather.

In a related matter, Haitham Suwwan, head of the Ematein Village Council, told WAFA that Israeli soldiers raided Ematein, a village east of Qalqilya, and broke into the houses of two Mitani families; Abdel-Rahman Mitani and Abdel-Salam Mitani, while police dogs sabotaged and destroyed the houses and the soldiers searched and tampered with their contents.

In Hebron, Israeli soldiers arrested three Palestinians from Samu’ and Dura towns, south of Hebron in the West Bank.

Local and security sources told WAFA that Israeli forces raided Samu’, a town south of Hebron, and arrested Khalil Al-Hawamda, after breaking into his house, searching and tampering with its cotenants.

Riyad Mansour, the Palestinian ambassador to the United Nations.

BETHLEHEM (Ma’an) — Palestine’s ambassador to the UN on Wednesday complained to the president of the Security Council over Israel’s latest settlement expansion plans.

Riyad Mansour wrote that Israel’s announcement of more than 2,000 upcoming settler home tenders on Tuesday, is “greatly due to the international community’s failure to hold Israel accountable.”

The diplomat said Israel’s release of the plans a day after Quartet envoys met with Israeli and Palestinian leaders, “once again proves (Israel’s) staunch commitment to entrenching its illegitimate occupation.”

Israel on Tuesday announced plans to invite tenders for the construction of 2,230 new homes in settlements in East Jerusalem and the West Bank, Israeli settlement watchdog Peace Now said.

A day earlier, PLO official Saeb Erekat reiterated the leadership’s stance that talks can only start when Israeli freezes settlement building, after he met with representatives of the diplomat Quartet, who also held separate meetings with Israeli officials.