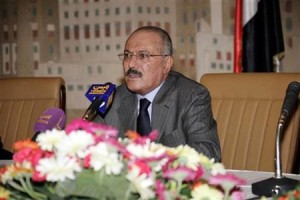 Bill Fletcher Jr., Senior Scholar with the Institute for Policy Studies and past president of TransAfrica Forum, comments on tomorrow’s Freedom Rides in the West Bank:

In  my visit to Palestine this past June, the problem of transportation was  discussed in virtually every conversation. The limits on transportation  for Palestinians tell you virtually all that you need to know about the  racist Occupation. One graphic example is that there are different  license plates for Israeli settlers from those of the Palestinians. A  car with Palestinian plates cannot travel into Israel. And, in fact,  there are roads within Occupied Palestine, on which Palestinian vehicles  are prohibited. Another graphic example, which relates directly to the  matter of the Freedom Rides, was explained to me at a border crossing  where Palestinian workers were going into Israel for their jobs. I was  informed that once in Israel they had to ALREADY have their  transportation arranged. Naively I assumed that they could simply hop on  a bus and go to work. Not so fast, it turns out. The Israeli buses will  not stop to pick up Palestinian workers.

The  Palestinian Freedom Rides aim to dramatize that there is no freedom of  movement for Palestinians. They are a population suffering from an  on-going occupation that has become, as I have asserted previously, a  slow-motion annexation. Discriminatory transportation policies which  privilege the freedom of movement of Israelis, and Israeli settlers in  particular, are part of the low-intensity violence experienced by the  Palestinians on a daily basis aimed at further and further marginalizing  them until they feel forced to abandon their own land.

The  Freedom Rides conducted by African Americans in the USA, particularly  after World War II, brought the attention of the world onto Jim Crow  segregation. These were not only demonstrations for rights, but were  demonstrations to illustrate that the absence of rights was tied to a  regime of violence and oppression. To put it another way, Jim Crow  segregation was not solely or mainly the separation of African Americans  and whites, but instead was the violent separation  and subjugation of African Americans by a white supremacist system.  This is not a matter of semantics. Apologists for the Jim Crow South  attempt to portray it as simply a matter of social separation rather  than a system that aimed at dispossessing the African American, thereby  subverting any possibility at democracy. That this was to the advantage  of the white ruling elite in the South is critical to grasp, but it  cannot be overlooked that masses of whites, even contrary to their own  interests, allied themselves with this system of racial subordination.

The  Palestinian Freedom Riders are also displaying that the travesty of  transportation in the Occupied Territories is not simply a matter of  lack of rights. Instead it is illustrative of the manner in which the  larger Occupation system operates with the aim of suppressing the  Palestinian population in perpetuity. For this to work, not only the  Israeli settlers in the Occupied Territories, but the Israeli population  within Israel proper have to decide that the system of racial violence  must be supported, if not reinforced. This is the challenge being thrown  down by the Palestinian Freedom Riders and in doing so they need  solidarity from those of us committed to global justice.

In the midst of hostility, Syria continues to receive international support

Amid an escalation of hostility, Damascus especially found confusing the statements of Arab leaders, Syria continues to receive the support of countries and polítical leaders. A statement from the Ministry of Foreign Affairs of Russia, reported here, urged the opposition in Syria to abandon all ties with armed groups that are equipped from outside causing the authorities to respond to their acts of terror.

In this context, statements of concern appear from western states, such as the U.S. government, which called on armed groups not to surrender their weapons not endorsing a general amnesty decreed by President Bashar al-Assad.

Russia reiterates its support for the plan proposed by the Arab League (AL), accepted by Damascus to resolve the crisis, and a willingness for Damascus to take it over. For example, Russia details, was the decision on November 4 to release 553 prisoners, besides the general amnesty.

In the opinion of Moscow, the implementation of these measures and other Arab League initiatives pave the way for a constructive and tangible political dialogue between the Syrian government and the opposition.

In this sense, opposition sectors were criticized for refusing dialogue proposed by the Arab League, which would help contribute to normalizing the situation in Syria, thus distancing themselves from the spirit of the Arab initiative.

The statement of the Russian Foreign Ministry comes after the secretary-general and under-secretary of the Arab League on Sunday affirmed that Syria did not comply with the agreement and called for a new meeting Saturday to review the issue.

Damascus criticized this attitude and wondered if it were not a power game being played by the centers of power in the West, serving the intention to intervene in Syria as they did in Libya.

Moscow knew that the Foreign Minister, Sergey Lavrov, called a number of colleagues and leaders of international organizations to support the Arab initiative and allow the Syrians to move forward in solving their problems.

As the news spread by some Arab and Western media about acts of violence that have caused victims, particularly in Homs, Russia believes that it is a natural duty of the Syrian authorities to ensure the safety and rights of its citizens and the overall stability “against the vandalism of armed groups.

Speaking to the Syrian news agency, SANA, the general secretary of the Russian Communist Party, Gennady Zyuganov, condemned the provocations of the United States that encourage and stimulate acts of terrorism in Syria, such as their call to armed groups to reject the amnesty.

He also recalled that Washington and its allies who now besiege Syria are and have been the perpetrators and / or supported the brutal crimes against Libya, and warned that the only purpose of this campaign is to overthrow the Syrian government.

In turn, the Iranian president, Mahmoud Ahmadinejad, recognized that Syria is being besieged by the West because it has been the bastion of Arab resistance, and therefore they create pretexts to push and interfere in Syria’s internal affairs.

Speaking to the Egyptian newspaper Al-Akhbar, relayed in the Syrian press, Ahmadinejad suggested that the Syrians be allowed to solve their problems through understanding and dialogue without foreign interference.

On the attempts of the United States to break the relationship between the countries he called the axle resistance, the Iranian president said that behind Washington’s maneuvers is their interest in rescuing and protecting the Zionist state.

Palestinian medics wheel a body into a hospital following an Israeli air strike in Beit Lahia, north of the Gaza Strip (File Photo).
Head of the French consular affairs in the Gaza Strip and his family were injured in an overnight Israeli airstrike on the beleaguered Palestinian territory.

Majdi Shakoura told AFP on Monday that the windows of their home west of Gaza City were shattered when an Israeli warplane hit a Hamas naval base north of Gaza and that the flying glass shards cut his left leg and injured his 13-year-old daughter.

He also said that his pregnant wife lost her baby due to the shock of the attack.

According to medical sources, a Palestinian was killed and six others, including two policemen, were injured in the attack on Sunday.

Mansour, who had been serving a life sentence since August 1979, took part in hunger strikes while in jail to protest prison conditions. He is suffering from brain cancer.

Soldiers also raided the homes of two former prisoners Nael and Fakhri Barghouthi in the central West Bank village of Kubar near Ramallah.  The two cousins were also issued summons to report to Israeli intelligence.

Nael Barghouti was 20 when he was detained in April 1978. He was the longest serving Palestinian prisoner in Israeli jails, having spent 33 years behind bars for alleged membership of an armed group.

On Sunday, the Israeli army raided the Ramallah home of former female prisoner Sumud Karaja, 23. Locals said that soldiers issued summons for Karaja to report to Israeli intelligence in the Ofer military base near her village of Saffa.

Karaja was among 27 female detainees released under the terms of the prisoner exchange deal. She had served three years of a 20-year sentence on charges of stabbing an Israeli soldier at the military checkpoint in Qalandiya, near Ramallah.

An Israeli army spokeswoman said she had no reports of any of the incidents.