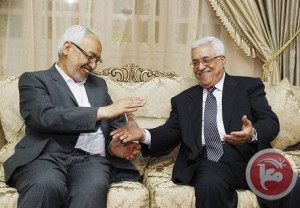 Rachid Ghannouchi, leader of the Ennahda party, met with Abbas in the Tunisian capital.

Abbas’ three-day trip to Tunisia is his second since the country’s uprising in December but first since the Ennahda party won a plurality of votes in Tunisia’s first democratic election.

Tunisia’s Foreign Minister Mouldi Kefi greeted President Mahmoud Abbas as he arrived at the airport in Tunis a day earlier as part of the official visit, reporters said.