What is usually a time of celebration was marked by gunfire and protests in Syria Sunday as residents ushered in the first day of the Muslim holiday, Eid al-Adha.

Twelve people were killed in the violence, activists said. 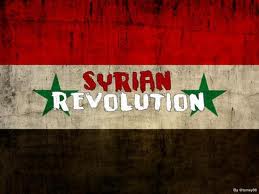 At least nine were killed in shelling and gunfire in the western city of Homs, a hotbed of anti-government sentiment and a government-led crackdown. Four others were wounded there, the Syrian Observatory for Human Rights said.

Two others were killed in Hama and one person in Idlib, according to the Local Coordination Committees of Syria, a network of opposition activists.

In Aleppo, Syria’s largest city and the country’s economic center, residents took to the streets in anti-government protests after the morning Eid prayers, according to the LCC.

In the southern city of Daraa, where the unrest started in March, security forces fired in the air to disperse crowds and prevent them from demonstrating after prayers, the group said.

Detainees at Syrian prisons have launched a hunger strike, the Syrian Observatory for Human Rights said, protesting against what they claim were false promises by the Syrian authorities that they would be released.

CNN could not confirm the reports. Tough media restrictions in Syria have made it hard to verify events on the ground.

Eid al-Adha, which commemorates the Muslim prophet Ibraham’s willingness to sacrifice his son for Allah, is one of two major holidays in Islam. The other, Eid al-Fitr, marks the end of Ramadan, when Muslims fast from dawn to dusk.

In ordinary times, the occasions are marked with joyous community prayers, acts of charity, visits from far-flung relatives, gift-giving and elaborate feasts.

But Syria is in the midst of a nearly eight-month uprising that started with calls for elections and an end to abuses by security forces, but turned into widespread calls for the ouster of President Bashar al-Assad.

Despite a brutal government crackdown, the demonstrations continue.

On Saturday, the violence left at least 28 people dead, adding to a death toll that has climbed upward of 3,800, the LCC said.

The government-run Syrian Arab News Agency placed Saturday’s toll at 22, and said the “martyrs” had died at the hands of “armed terrorist groups” — a phrase the state has used to describe the anti-government protesters.

Al-Assad and other officials have blamed the violence on outside forces attempting to undermine the 40-year rule of the president’s family.

Imad Mustafa, the Syrian ambassador to Washington, told Syrian TV on Saturday that the United States is inciting the unrest in his country to take political advantage.

Last week, Syria pledged to the Arab League that it would pull back its forces, release prisoners and allow outside monitors into the country, but opposition activists say that has not happened.

Syria has made previous pledges to withdraw armed forces from civilian areas, but in some of those cases, it withdrew only armored units and left infantry in place, or returned after a brief pullout.

It also has made other moves aimed at defusing the protests, including plans to draft a new constitution, but they have failed to appease demonstrators.

The ongoing violence prompted the Arab League on Saturday to warn of a regional crisis if the Syrian government does not comply with its pledge.