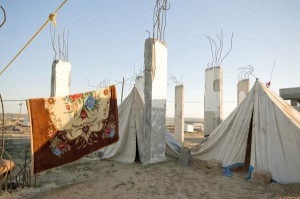 Belfast — “Eyewitness Gaza,” a 50-minute film describing the daily lives of people in the violence-torn, occupied region of Gaza, part of the Palestinian state, will be shown Wednesday, Nov. 16 at 6 p.m. in the Abbott Room of Belfast Free Library, 106 High St. This is the third feature of the fall third-Wednesday film series sponsored by the Peace and Justice Group of Waldo County.

Photographer Skip Schiel has taken hundreds of photos of the people and happenings in Gaza, especially those of its youth. How does the siege mentality harm the people of Gaza? How is the lack of day-to-day security affect their lives? How can the people in Gaza rebuild their lives, harmed so much by the policies of the Israeli government and military? And how might the Arab Spring influence what happens next in Gaza?

Filmmaker Tom Jackson of Portsmouth, N.H., will present his brand new film, describe how it was made and suggest some of the messages in it. The evening is free and open to the public, with donations appreciated. A discussion of the Palestine/Israel situation and the United States’ role in it will follow the film.