Tony Blair yesterday condemned a ‘deeply confrontational’ move by the Palestinian president to ask the United Nations to recognise an independent state for his people.

Mr Blair, who is the international community’s Middle East representative, joined Western leaders in opposing the application by Mahmoud Abbas. 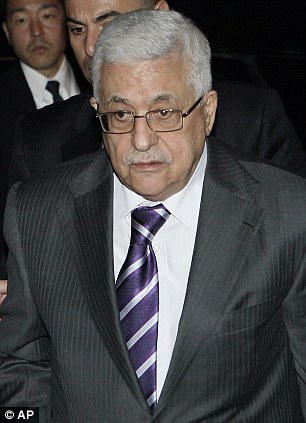 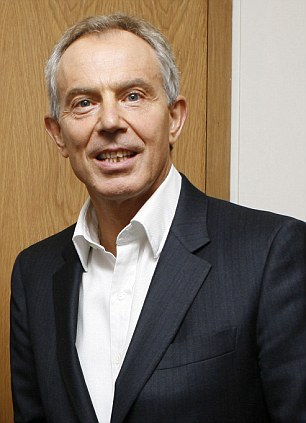 He handed his application letter to UN Secretary-General Ban Ki-moon and it must now be considered by the Security Council.

In a 35-minute speech in New York, Mr Abbas said it was the ‘moment of truth’ for Palestine to gain its long overdue independence.

America has promised to use its Security Council veto to block the move, however, and there are fears of renewed violence in the Middle East.

Israel argues that a lasting settlement can be brought to the war-torn region only by face-to-face negotiations.

That view is shared by Mr Blair, who said UN recognition would do nothing to advance Palestinian independence.

‘You can pass whatever resolution you like at  the United Nations or the Security Council, it doesn’t actually deliver you a state on the ground in the West Bank and Gaza, and if you don’t have a negotiation, whatever you do at the UN is going to be deeply confrontational,’ the former PM said yesterday. 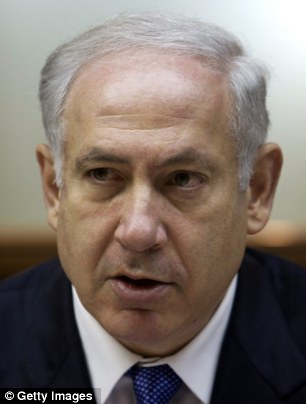 But there was no such obvious opposition from David Cameron, who has yet to make clear whether he will oppose the move.

Earlier this week the Prime Minister said: ‘We support Palestine having its own state next to a secure Israel.

‘In the end we have to recognise we will get a Palestinian state alongside an Israeli state by the Palestinians and the Israelis sitting down and talking to each other.’

On the UN action, he added: ‘We don’t yet know what resolution is going to be put forward, what it is going to say, what its terms are.

‘There will only be one test for British policy, which is: Will this help to bring about the establishment of a state for the Palestinians next to a secure state for Israel?’

Even as Mr Abbas spoke yesterday, tensions were running high in the West Bank.

As Israeli troops and protesters exchanged rocks and rubber bullets in the West Bank, Mr Abbas was greeted with rapturous applause as he addressed a sympathetic UN general assembly in New York.

‘The time has come for the Palestinian spring, the time for independence,’ he said.

‘The time has come for our men, women and children to have normal lives. For them to be able to sleep without fear of what the next day will bring.

‘It is time for the Palestinian people to gain their freedom and their independence.’

Negotiations with Israel ‘will be meaningless’ as long as it continues building on lands the Palestinians claim for their state, Mr Abbas declared, warning that his government could collapse if the construction persists.

‘This policy is responsible for the continued failure of the successive international attempts to salvage the peace process,’ said the president, who has refused to negotiate until the construction stops.

‘This settlement policy threatens to also undermine the structure of the Palestinian National Authority and even end its existence.’

To another round of applause, he held up a copy of the formal membership application and said he had asked UN chief Ban Ki-moon to speed up consideration of his request to have the United Nations recognise a Palestinian state in the West Bank, Gaza Strip and east Jerusalem.

He concluded his speech by saying, ‘We have one goal: to be. And we shall be.’

He received a standing ovation at the end of his speech, and his jubilant mood was matched by the exuberant celebration of thousands of Palestinians who thronged around outdoor screens in town squares across the West Bank on Friday to see their president submit his historic request for recognition of a state of Palestine. 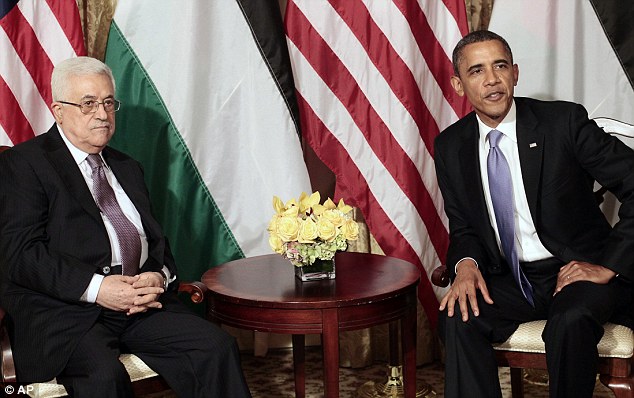 ‘I am with the president,’ said Muayad Taha, a 36-year-old physician, who brought his two children, ages 7 and 10, to witness the moment. ‘After the failure of all other methods we reached a stage of desperation.

Mr Abbas was followed to the podium by Israeli Prime Minister Binyamin Netanyahu, who said his country was ‘willing to make painful compromises.’

Mr Netanyahu said: ‘I extend my hand to the Palestinian people,’ adding that he wanted a ‘just and lasting peace’ with Palestine. But he opposed the bid for statehood, warning that it would inflame the situation.

‘I extend my hand to the Palestinian people, with whom we seek a just and lasting peace,’ he said, to long applause.

Palestinians, he added, ‘should live in a free state of their own, but they should be ready for compromise’ and ‘start taking Israel’s security concerns seriously.’

Mr Netanyahu offered to meet Mr Abbas in the Palestinian city of Ramallah, but added that he would be willing to meet for talks in New York tonight.

In Gaza, the ruling Hamas party criticised the request to the UN, claiming there were better ways to put pressure on Israel. 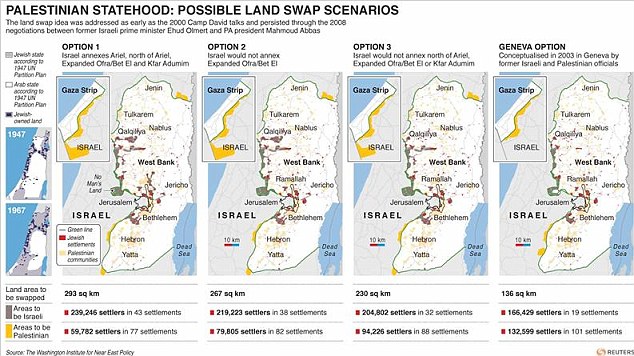 The Islamist group said Palestinians should liberate their land by force and not ‘beg’ for UN recognition.

The issue of recognising Palestine has divided the international community, whose leaders are anxious not to antagonise either side.

Deputy Prime Minister Nick Clegg admitted there had been debates at the top of British government over a response.

The move is hugely symbolic for many Palestinians who have wearied of two decades of failed U.S.-sponsored peace talks.

At the same time, they have grown alarmed by the continuing influx of Jewish settlers on to land they want for their state.

Even if the UN recognises Palestine, there will be few immediate changes on the ground: Israel will continue to occupy the West Bank and east Jerusalem and to restrict access to Gaza, ruled by Hamas militants.

Security Council action on the membership request could take weeks or months.

The strategy has put the Palestinians in direct confrontation with the U.S., which has threatened to veto their membership bid in the Council, saying that statehood can only be achieved through direct negotiations between the parties to end the long and bloody
conflict. 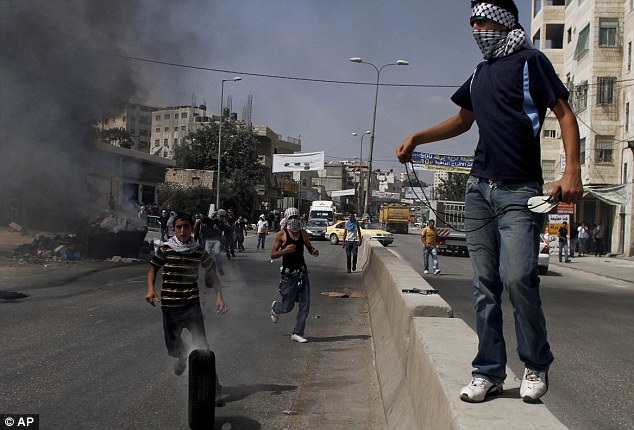 Violence: A Palestinian holds a slingshot as others roll tyres to burn during clashes with Israeli soldiers, at the Qalandia checkpoint between the West Bank city of Ramallah and Jerusalem 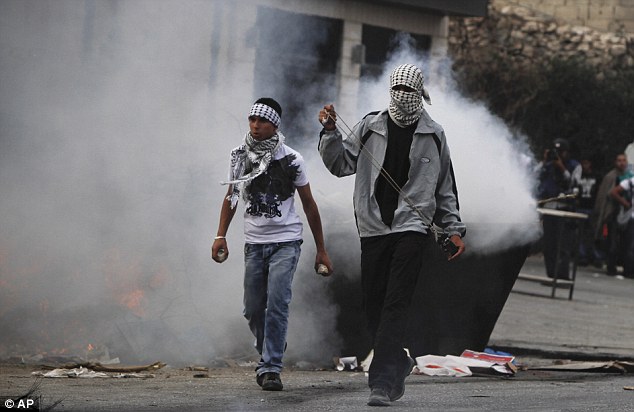 Religious unrest: Palestinian demonstrators carry a slingshot and rocks past a burning rubbish bin during clashes with Israeli soldiers

By seeking approval at a world forum overwhelmingly sympathetic to their quest, Palestinians hope to make it harder for Israel to resist global pressure to negotiate the borders of a future Palestine based on lines Israel held before capturing the West Bank, east Jerusalem and Gaza in 1967.

The U.S. and Israel have been pressuring Council members to either vote against the plan or abstain when it comes up for a vote. The vote would require the support of nine of the Council’s 15 members to pass, but even if the Palestinians could secure that backing, the U.S. says it will veto the move.

The resumption of talks seems an elusive goal, with both sides digging in to positions that have tripped up negotiations for years.

Talks broke down nearly three years ago after Israel went to war in the Gaza Strip. A last round was launched a year ago, but broke down just three weeks later.