IRELAND HAS YET to decide on how it will respond to calls from Palestine to be afforded recognition as a state by the United Nations later this month.

A spokesperson for the Department of Foreign Affairs this morning said that the government had yet to formally adopt a position on the matter, saying the government would have to wait until Palestine made a formal proposal before it could respond.

Palestine has yet to confirm whether it will seek recognition as a full member – a move which can be vetoed by any of the five permanent members of the UN Security Council – or whether it will instead seek an upgrade to ‘observer state status’.

The former requires a two-thirds majority of the General Assembly – the body of all member states – to be carried, as well as the veto-free approval of the Security Council, while the latter can be offered by a simple majority.

Foreign affairs minister Eamon Gilmore has previously told the Dáil he supported the establishment of a sovereign Palestinian state, but Ireland has so far declined to recognise Palestine as a full state itself.

Ireland upgraded the status of the Palestinian mission to that of a full embassy in January, but explained that it would not recognise Palestine as a sovereign state unless the entirety of the EU was to do so.

US bid for delay

The news comes as the New York Times reports attempts from Barack Obama’s administration to delay Palestine’s bid for recognition, hoping to avoid a confrontation on the Security Council.

The US has made it clear to Palestinian president Mahmoud Abbas that it would use its Security Council membership to veto a Palestinian request for full membership.

Analysts told the NYT, however, that the US did not have enough support to block any attempt at giving Palestine observer status, upgrading it from its current status as a ‘non-member entity’.

The Obama administration is anxious that the US could appear isolated if it is among a minority of states to vote against either of Palestine’s potential options.

Writing for TheJournal.ie this week, Israel’s ambaassador to Ireland Boaz Modai said Palestine should return to the negotiating table with Israel – saying that the people of Israel, and “the whole world”, was waiting for peace talks to resume.

Palestine’s ambassador Hikmat Ajjuri said recognition of a Palestinian state would be a clear messsage to Israel that it had no valid claim to any parts of Palestinian territory, and that its “colonisation” of Palestinian land was illegal.

Fianna Fáil has previously tabled a Dáil motion which would force Ireland to support Palestine’s bid for statehood, but the motion was removed from the Dáil order paper a day after being tabled. 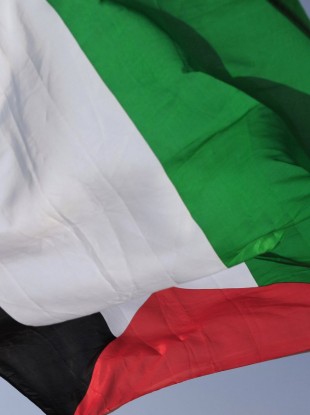 A GOVERNMENT SPOKESMAN has this morning confirmed that Ireland has yet to decide how it will vote if Palestine asks the United Nations for full membership – which would see the country being recognised as a sovereign state.

The spokesman said that until Palestine published the formal wording of its application – and clarified whether it would see full membership, or merely an upgrade to ‘observer state status’ – the government could not decide on its position.

Israel’s ambassador to Ireland, Boaz Modai, this week wrote saying Palestine should first return to the negotiating table with Israel and try to resolve the Middle Eastern conflict itself before proceeding with its UN bid.

Palestine’s ambassador Hikmat Ajjuri responded by saying that negotiations had stalled, and that global recognition of a Palestinian state would be the only way to send a clear message that Israel could not build settlements on Palestinian-occupied land.

With the UN’s next general assembly meeting just two weeks away, today we’re asking for your thoughts on whether Ireland should vote in favour of Palestine’s UN membership – and therefore take the step of recognising it as a full sovereign state.