Two terror attacks in southern Israel on 18 August caught the Israeli army by surprise despite having received a large number of warnings. The official story is that members of the Popular Resistance Committee in the Gaza Strip entered Egypt through tunnels from the Strip and travelled nearly 200 kilometres to near the north of Eilat where they crossed the border. Significantly, no organization in Gaza has claimed responsibility for the attack.

The driver of the first of two buses attacked was reported in the Israeli newspaper Haaretz as saying that two of the gunmen were dressed in Egyptian army uniforms. The second bus was blown up by a suicide bomber. Fourteen people were killed and 31 wounded. In addition, Israeli forces shot five gunmen while Egyptian border police killed two more. Many of the attackers, perhaps as many as 10, escaped. It appears that an Israeli military helicopter attempted to give chase and crossed into Egypt territory where it mistakenly attacked an Egyptian army unit, killing five and wounding several others.

A large variety of weaponry is reported to have been used in the attacks, including mortar fire, an anti-tank missile and an RPG device that was fired at a pursuing helicopter. Explosives were laid alongside the road. In a further shooting attack in the same area later that afternoon two Israeli soldiers were wounded and three gunmen died. The sophistication and success of this attack demonstrate an unusual level of competence.

Israel’s response has been to launch at least 50 air strikes into civilian areas in the Gaza Strip since 14 August. While the secretary-general of the Salah-al-Deen Brigades and a member of the Popular Resistance Committees have been reported killed, the total number of casualties on 20 August was 15 dead and 45 wounded. Two of the dead were two years old and another was aged 13. Ten children, eight women and two elderly people are among the injured; one 15-year-old is said to be seriously hurt. A Facebook account showing photographs depicting some of the truly horrific injuries from these attacks had gone down on the morning of 21 August, but many of the photographs were still available on the Europalestine website. [See photos at the end of the post. Warning: Graphic, Blood Content]

In a diplomatic response, the Israeli ambassador to the UN lobbied members of the Security Council in an attempt to get a Security Council Presidential Statement condemning the terror attack. The Israeli newspaper, the Jerusalem Post, said that the US, European members and India were strongly in favour of the statement. At an unofficial discussion of the US draft held on 19 August, Lebanon asked for the inclusion of an amendment citing the “the escalation in Israeli bombardment of Gaza”. The US and European members are reported to have opposed this but there was no record of any opposition from Indian or from other members, which include Russia, China and Brazil.

Rather than face criticism in a UN Security Council Presidential Statement, Israel arranged for the proposal to be withdrawn. Their UN ambassador, Ron Prosor, made acrimonious comments about the UN’s failure to condemn terror against Israelis, but avoided any comment on the children and other civilians killed by Israeli retaliatory air strikes. Meanwhile, the more compliant Middle East Quartet was prevailed upon to issue strong condemnation of the attacks in southern Israel, which it incorrectly described as “cowardly” (hardly an accurate word for a person who risks death or deliberately blows themselves up, whatever the morality of the action). Token concern was expressed for the situations in Gaza and Sinai. The Quartet’s special representative, Tony Blair, also condemned the attack in Israel but made no comment on the attacks in Gaza which have caused a higher toll of dead and injured.

The authenticity of claims of a Gaza link to the attacks in Israel has been questioned by Joseph Dana who pointed out that the Haaretz account was based entirely on anonymous sources and government hearsay accounts. (Nonetheless, most of the international media outlets published the same line.) The International Middle East Centre (IMEMC) has referred to a denial by the North Sinai governor who said that the claims of Palestinians infiltrating into Egypt through the border were impossible to believe. He added that Egypt has full control over the border with Gaza and the security presence was not affected by the regime change in Egypt. It should also be remembered that previous attacks on the Sinai gas pipeline from Egypt to Israel (there have been five such attacks this year) have usually been accredited to Bedouin. So Israeli army spokesperson Lieutenant-Colonel Avital Leibovitz did not instil much confidence when she told the Real News that intelligence information from the bodies showed that the gunmen used Kalashnikov bullets and rifles and that these are very common in Gaza. The Kalashnikov after all is the most widely available weapon on the planet, and accounts for an estimated 20 per cent of all firearms available worldwide.

An Israeli government unpopular at home because it cannot or will not face up the cause of social protests must at least show that it can act with determination to protect Israel’s security. And who better to blame than the residents of the Gaza Strip, whom the international community has been shown over decades to be unwilling to help or defend? So it was that two-year-olds in Gaza died to atone for the death of Israeli citizens, who perhaps may have been victims of Al-Qaeda terror. So what? Israel can no longer attack Egypt with impunity, so the usual suspects will have to suffice.

However this still leaves the problem of the Egyptian soldiers who happened to be in the wrong place at the wrong time, and an Egyptian public that has more of a voice on Egyptian foreign policy than it did under the Mubarak dictatorship. While an adventurer in Cairo scaled the 15-storey building to remove the Israeli flag from the embassy roof, protesters outside demanded that their ambassador be recalled and also protested at the bombardment of Gaza. The interim government itself seems undecided as to whether it will or won’t recall its ambassador from Tel-Aviv after Jerusalem refused to issue an apology for the killings. Most governments would probably have honoured such a demand for an apology under the circumstances, but the Israeli government is not well practised in the art of diplomacy. It is also contemporaneously being pressured to give an apology to Turkey over the assault on the Mavi Marmara; an apology it is most unwilling to give for fear of facilitating the prosecution of members of its armed forces. Quite possibly, that piece of international arrogance and contempt has come round yet again to embarrass and impede Binyamin Netanyahu. Notwithstanding, the longer this row continues, the more the Egyptian stance is likely to harden.

As the anger in Gaza manifests itself in mortars and rockets fired at southern Israel, the target population is learning that the much-vaunted Iron Dome is not a guaranteed defence against projectiles fired from Gaza. The 200,000 people in Beersheva along with the populations of Sderot and Ashdod remain at risk and in fear from these attacks. But Israeli options are not so straightforward. Launching another blitzkrieg on Gaza could trigger an onslaught from Hezbollah in Lebanon, which is reputed to have up to 30,000 missiles at its disposal for a war with its southern neighbour. Meanwhile, Israel’s Southern Command remains at a low strength following years of cold peace with Egypt.

As terrorists aim sparks at the tinder box that is the Middle East, the time has come for wise heads to prevail. Yet with a high proportion of fanatics in the Knesset, Netanyahu is more interested in political survival that statehood. And with the puppets of the Israel lobby, the American Israel Public Affairs Committee (AIPAC), controlling the White House and Congress, and a weak Palestinian leadership in Ramallah, there appears to be little cause for hope. Unless Israelis on the streets can take the lead and join with those who advocate an end to violence, the options for regional peace currently appear to be very remote. 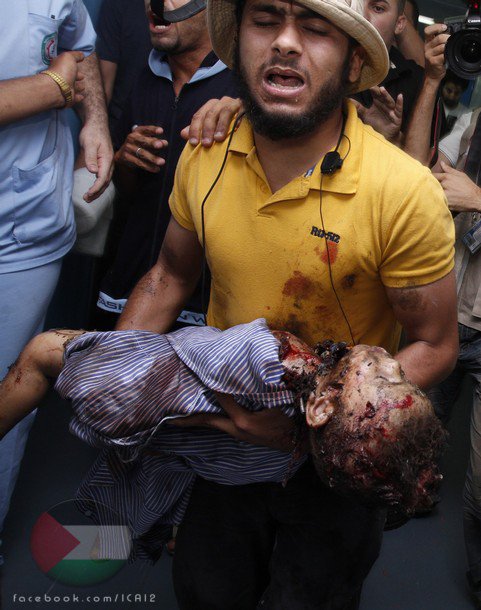 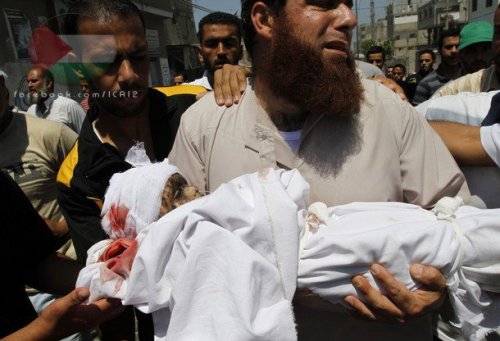 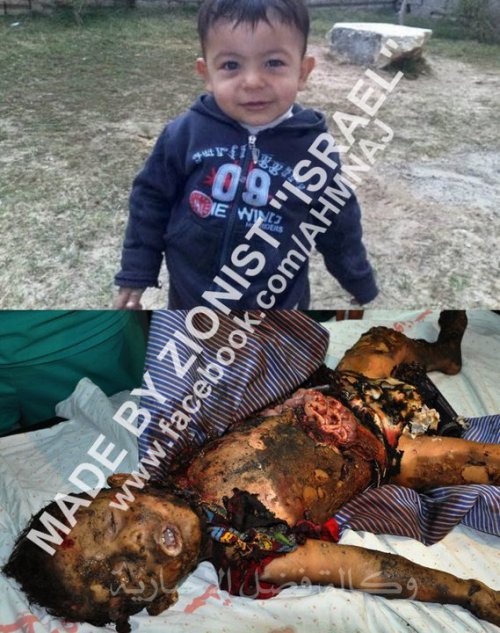 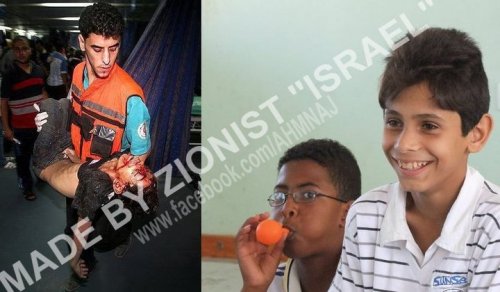 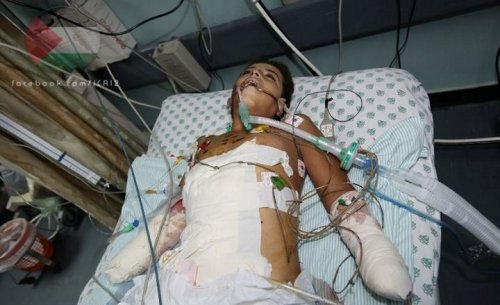 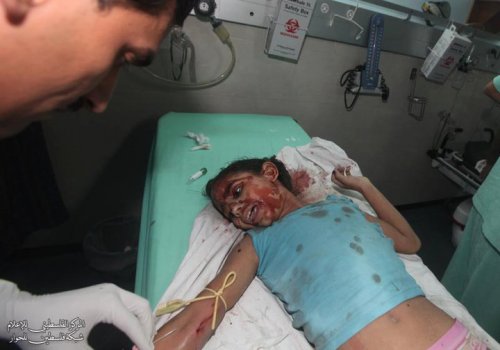