The BBC has obtained evidence that Israelis have been giving military training to Kurds in northern Iraq.

Kurdish officials have refused to comment on the report and Israel has denied it knows of any involvement.

The revelation is set to cause enormous problems for the Kurds, not only in Iraq but also in the wider region.

Israel is seen as an enemy of Arabs and Muslims, both inside Iraq and elsewhere in Arab and Muslim countries.

Kurdish politicians will most likely come under pressure to explain what their semi-autonomous government has been up to.

Israeli security experts who spoke to the BBC said they could not have worked inside Kurdistan without the knowledge of the Kurdish authorities.

The news will most probably increase tension between the Kurds and Iraq’s Arab population, both Sunnis and Shias, reinforcing fears that the Kurds are pursuing a secessionist agenda.

This would be a serious blow to efforts for national reconciliation at a time when hundreds of Iraqis are killed every month in inter-communal violence.

Iraq’s neighbours, too, will be outraged.

Iran and Syria, which have long accused the Kurds of allowing the Israelis to operate on Iraqi territory, will most likely demand an explanation from the government in Baghdad.

The Israeli government says it is conducting an investigation into the BBC report because it is against Israeli law to export military know-how without prior permission.

The BBC report will be like the smoking gun the Arab media has spent years looking for.

Ever since the US-led invasion of Iraq began over three years ago, Arab journalists have been speaking of Israelis operating inside the autonomous region of Kurdistan.

They said this was evidence that toppling Saddam Hussein was only the first chapter in a wider American-Israeli conspiracy to eliminate threats to their strategic interests and re-draw the map of the Middle East.

Syria and Iran, which have common borders with Kurdish areas, are believed to be the primary target.

Maybe we should call it the Creator of a new Democracy, a fake Democracy USA.

The United States of America who has depth like no other country, and still try to controll the world claiming they care about the Human rights, should they not better care about their own problems.

But how this if they dont have the money, thats why they make war only in rich countries, as Irak Libya Afghanistan and not in Yemen or Palestina. to Steal those Countries money and resources, and to stop any power which could raise and oppose the New World Order.

They are stealing Billion´s , but for whom??? for the rich upper Class those who never get enough

While in the USA are million´s who can not got to eat, and the nummber of this people is increasing

They are having an enourmos depth, but 1400 Millioners in the States, didnt pay in the Year 2009 even one Dollar Tax.

This is the rich gets richer and the poor gets poorer, and the they claim to be Democratic, how can they decide about others who is democratic and who not, they (USA Goverment) are manipulation their own people with the media controll, in order to Justify their doings.

So wake up Americans and dont wait till thoes 10 upper controll the world, because when they do then will not be long till we have hunger in the US as in Somalia, and siege in Europe as in Gaza Strip, those Zionist should be stopped

So wake up free people in this World, before we become slaves of this system, wake up before we come to the time where education will be a luxury

Let us fight this War in one way with one weapon and this is the TRUTH, this is the only weapon which our enemy dont have.

Let us Stop the Wars, which only kill civilian and children and destroy our World.

Let us stop the wars, and force the supporters to stop, let us force our goverment´s to stop the weapon deals

let us be in Freedom together all Religion and all Races

let us have a true Democracy

NABLUS, (PIC) Fanatic Jewish settlers on Thursday evening set fire to Palestinian agricultural fields in the village of Bourin to the south of the northern West Bank city of Nablus.

Ali Eid, head of the Bourin village council, told PIC that a number of Jewish settlers set fields planted with olive trees to the east of the village.

He said that it was not easy to estimate the damage, at the time, because settlers stopped villagers and the fire crews from reaching the affected fields to put the fire out.

He also said that settlers assaulted the fire crews who reached the scene and that there were altercations between the settlers and IOF troops.

The village of Bourin and nearby villages are often the target of settler violence, including setting crops and trees on fire to bankrupt Palestinian farmers and force them to leave their lands so that the settlers can confiscate them. 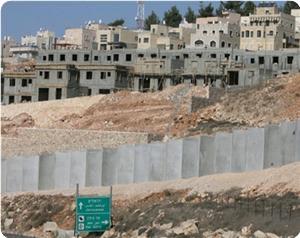 Construction plans in the occupied city have accumulated since US Vice-President Joe Biden last visited a year and a half ago.

Now plans to build 1,328 units in Ramat Shlom will be put to the expedited building committee formed by Israeli PM Benjamin Netanyahu in 60 days. These were the same plans that caused a crisis between the US and Israel during the Biden visit.

A local planning and construction board also approved 900 homes to be built in the Gilo settlement, and another plan under discussion by the expedited building board for 625 units in Pisgat Ze’ev is slated to begin taking effect.

Separately, 930 units have been approved to be built in Har Homa (Jabal Abu Ghneim) between Jerusalem and Bethlehem earlier this week.

Meanwhile, EU Foreign Policy Chief Catherine Ashton has condemned the recent approval of the Har Homa project, saying that she was ‘’disappointed’’ by the decision.

Lebanon is set to recognize a Palestinian state “in the next few days,” Lebanese newspaper An-Nahar reported Saturday.

According to the report, Palestinian Authority President Mahmoud Abbas will visit Lebanon in the middle of the month for two days during which he will meet with Lebanese president Michel Sleiman, Parliament Speaker Nabih Berri and Prime Minister Najib Mikati.

According to the report, however, there has been no official statement released regarding Abbas’ visit.

As Palestinian officials prepare to ask for United Nations recognition of statehood in September, PA chief negotiator Saeb Erekat said that the Palestinians’ application to the UN was a positive development for the peace process, Al Jazeera reported on Thursday.

“Our request for UN permanent membership for the Palestinian State with 1967 borders and capital as Jerusalem doesn’t aim at any kind of confrontation or conflict but it is only to maintain the option of two states and to preserve the peace process,” Erekat said.

Erekat was speaking after meeting Arab League representatives in Doha, Qatar as part of a two-day meeting to lay the final touches on the PA’s statehood application to the UN.

The meeting comes as the PA leadership in Ramallah continues to face pressure from the US and EU to abandon its statehood plan and return to the negotiating table with Israel.

Earlier this week you met Palestinian ambassador to Azerbaijan. What did you discuss at the meeting?

The talks focused on resolution of Middle East and Nagorno-Karabakh conflicts, cooperation between Azerbaijan and Palestine.

We agreed that these conflicts have generated a lot of refugees and created a humanitarian catastrophe. In Palestine, the situation has lasted more than 40 years, and people there are sensitive to the humanitarian problems that surfaced as a result of occupation of Azerbaijani territory by Armenia. The ambassador expressed his full support for territorial integrity of Azerbaijan.

I also briefed the ambassador on policies of our party, told him about our domestic and foreign policy and economic situation in the country. In general, it was an interesting meeting. As far as I understood, the meeting was initiated by the ambassador. Yes. You know that we regularly meet with ambassadors of various countries accredited in Azerbaijan and exchange views on many issues.

Did Palestinian envoy send any message to the Azerbaijani side and did he express any wish of his government?

No, he above all thanked Azerbaijan for the very warm reception for Palestinian leader Mahmoud Abbas, and said that Palestine, in turn, is ready to fight for Azerbaijan and its just cause in solving the Karabakh conflict on the international scene. Most importantly, this is, after all, rule of law, the implementation of UN Security Council resolutions in practice.

In your opinion, will Azerbaijan support recognition of Palestinian State during a voting that will take place in September?

I think the issue is not on the agenda. Azerbaijan will be consulting with all its allies in this regard. Apparently, the stand of Azerbaijan will coincide with stand of other countries, that is, will be based on decisions of the UN Security Council. The main thing in this matter, which Azerbaijan is always concerned about, is the situation of refugees, civilian deaths as a result of clashes, women and children. Azerbaijan, which has felt the pain of this tragedy, is always sympathetic to the pain of other countries and peoples.

Should Azerbaijan in cooperation with Palestine worry about long-standing ties of the autonomy with the Armenian terrorists, who, at least in the past were trained in bases of extremists in Palestine?

With regard to killings of Turkish diplomats, Armenian terrorist organizations somehow merged with PKK in this matter. In other words, activities of Armenian terrorists have shifted from the Middle East to the South Caucasus and Turkey.

However, there is evidence that many Armenian militant groups in Lebanon are cooperating with Hezbollah, and we must always keep this in mind.

I will ask the question differently. During the period of activity of Armenian terrorists, closely linked with the Armenian extremism, Azerbaijan did not have such close relations with Arab world benevolent towards Armenians. Now the situation is different and leaders of Syria, Palestine visit Baku. Does this help stop aiding for Armenian terrorists on the part of these countries, which had been in the past?

Azerbaijan is trying to build normal relations with all Arab countries. As a whole, Azerbaijan needs support of international community, especially within the framework of international organizations on the issue of Armenia’s aggression against our territory.

However, Azerbaijan has normal relations with Israel and works with it on many fronts. Therefore, in this case it is impossible to speak about inclination in Azerbaijan’s foreign policy. In fact, it is based on a partnership strategy, that is, we do not act in the spirit of medieval psychology, but pursue a pragmatic policy based on partnership, mutually beneficial cooperation. This suggests that Azerbaijan, while maintaining normal relations with Israel, increases its influence in the Arab world.