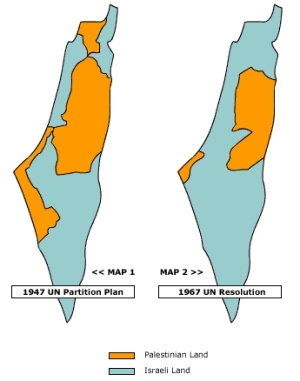 And I especially hope they pay close attention to the June edition just out, because it contains a must-read article by Jeff himself headed “Palestine/Israel: Where do we go from here?”

Halper looks ahead to the Palestinians’ “September moment”, when they intend to go for independence and apply for admission to the United Nations, and how the PA must move quickly to mobilize civil society support worldwide. “Mahmoud Abbas [the PA chairman] and the PA in general should see this as an integral part of the Palestinian strategy. International civil society is the Palestinians’ most important ally, but as non-Palestinians we can only organize in response to a Palestinian call.”

should begin with a call for support issued by the elected representatives of the Palestinian people in the occupied territory (the national unity government), together with Palestinians of the refugee camps, those inside Israel and of the Diaspora. Immediately following this, grassroots activists throughout the world could issue a civil society call to support the Palestinian initiative at the UN, to be signed by thousands of supporters and delivered to the UN in September.

To accompany the application for membership Jeff Halper visualizes a climactic demonstration of support at UN Headquarters in New York attended by tens of thousands of people from all over the world. “This would generate coverage and anticipation that would make it hard for the US and Europe to defy. Time is extremely short, but the infrastructure exists to make this happen – if we move quickly.”

The words move quickly are not, I think, in the PA’s lexicon.

The September moment is less than four months away. So let me pause here to consult the PA’s snazzy new London embassy website.

Nope, there is no focus whatsoever on the bid for independence and statehood and no press releases or official reports for the critical month of May and nothing in April on the subject.

Compare this with the slick, always-on-the-ball Israeli operation, which is busy undermining the Palestinian bid for freedom.

So far, not so good.

Does anyone trust the PA to do this right?

Halper wants action. “The PA should appoint an articulate senior official with credibility and organizational talent to coordinate the campaign and mobilize civil society. The lack of spokespeople capable of carrying the Palestinian case to the public – something Israel excels in – has hampered our ability to inform and persuade the public for decades. The official responsible for information should be given authority to establish a team of effective spokespeople, based both in Palestine and in key countries abroad, that will provide the framing and counter the campaign that Israel and its supporters have already mounted against the September initiative. The lack of articulate, pro-active people among the Palestinian diplomatic corps has also contributed to the PA’s notoriously bad public relations.

Regardless of our view on September – and we have to ask ourselves if we can afford to miss political opportunities like this – if the PA is going to pursue admission to the UN, we must do everything we can to ensure that it succeeds.

I and others have banged on about the Palestinian Authority’s failure to understand that the war of words, if conducted effectively, is more important than the war of bullets, rockets, air strikes and suicide bombings. Israeli spin doctor Mark Regev and his lie machine would be easy meat for a well-trained Palestinian media outfit. Abbas should have set up a professional communications unit and trained and funded Palestinian embassies around the world to educate and inform, and orchestrate an effective worldwide campaign.

“We are not trained like the Israelis,” I heard one senior PA man say. Exactly. Five years ago the PA was offered training in media skills and declined. Its refusal to gear up to meet the challenge has been a costly blunder for the Palestinian cause. And Abbas still drags his feet. The PA, sadly, has “form”. It was programmed to foul up and has endeared itself to no-one except the US-Israel axis. It needs watching carefully even now.

Fortunately, Tel Aviv’s propaganda has been significantly blunted recently not by the Palestinian Authority but by increasingly savvy student groups and other pro-Palestinian activists around the world – by international civil society, in fact.

But the Israelis are pouring and redoubling their dirty-tricks effort in desperation.

Jeff Halper, meanwhile, is quite upbeat even at the prospect of the statehood bid failing because it nevertheless will have advanced the Palestinian cause in two ways.

First, it has gotten fruitless “negotiations” out of the way. International support for September, including that of major European countries, arises precisely out of a realization that negotiations have been rendered impossible by Israel and its American patron. The fog has lifted. No longer will so-called negotiations be a façade for continued Israeli occupation. Indeed, the very positions set out by Netanyahu – recognition of Israel as a Jewish state; Israel’s retention of its settlement blocs; a “united” Jerusalem under Israeli control; a demilitarized Palestinian state that has no control over its borders, land, resources or the movement of its people; a solution to the refugee problem “outside Israel” and no negotiations with a government that includes Hamas – become manifestly unacceptable.

And second, rejecting Palestinian admission to the UN puts an end to the “two-state solution”. As long as the possibility of two states could be held out, any other option, including one state or a regional confederation, was effectively eliminated. Moving beyond that after September clears the way for the only genuine and possible solution: one inclusive state.

The September moment if pursued seriously, he says, offers positive gains for Palestinians, whichever way it turns out.

So, there’s everything to play for and nothing much to lose. But is the Palestinian Authority really going out there to win?

The PA’s London embassy, instead of briefing on the September moment and UN membership, chooses to give space to two recent news stories about French Foreign Minister Alain Juppe trying to restart the discredited peace talks before September. What is the PA’s real agenda?