IRAN IS STEPPING up its online censorship with plans to disconnect the country from the Internet and in its place introduce its own national version.

The Wall Street Journal reports that as pro-democracy demonstrations began erupted in the Middle East in February, the director of the Iranian telecommunication ministry’s research institute said that within two years, homes and businesses across the country would be on a new internal computer system.

Iranian media has also been reporting that this new network will be implemented in the coming months, while the head of Iran’s economic affairs Ali Aghamohammadi said that it would be a “halal” network, meaning compliant with Islamic law.

Meanwhile, Ahmadinejad’s own blog appears to have been taken offline: 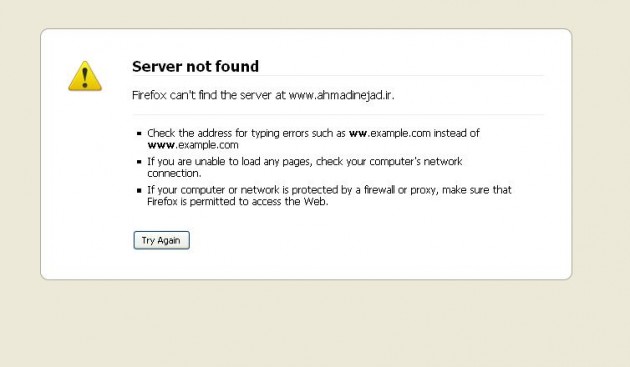 Iran came last out of 37 countries ranked in Freedom House’s most recent report on Internet freedom, scoring 39 out of 40 for the violation of user rights.

Authorities in Iran have become increasingly concerned about the country’s computer security over the past several months. Last September, Iranian state media reported that experts at security advisory service the Chertoff Group were questioning whether Israel or the US was behind a cyber-attack, in which Iranian facilities were infected by the Stuxnet worm. The worm is thought to have caused a delay in opening an Iranian nuclear power plant last year.

In April, the head of the Iranian military unit responsible for combating sabotage, Gholam Reza Jalali said experts had uncovered a second cyber-attack which he called an “espionage virus”.