‪A group of criminals have assassinated Italian activist Vittori Arrigoni in cold blood.  Arrigoni has supported the Palestinian cause for over 10 years, and shared Palestinians many of their pains.

The Ministry of interior interviewed Arrigoni on 31st May 2010.  Following is the text of the interview.

MOI: Could you tell us your name please?

MOI: How long have you been in Gaza?

VA: One year ago since the month of April, I came to show solidarity with Palestinian people.

MOI: That’s a long time, welcome to Gaza.  How do you see the situation in Gaza?

VA: After more than one thousand days of siege we called on little nations and super nations, and the biggest human right organizations, that most of the population lives under the line of poverty, 70 % of the people are unemployed, the economy of Gaza isn’t surviving, nothing from Israeli or Egypt.  There is economy by the tunnels, but every day Israel bombs the tunnels, yesterday 6 people died in the tunnels of Gaza.  So Gaza is the biggest prison in the world, so we need to get freedom to the Palestinians.

MOI: Tell us about the Freedom Flotilla convoy?

VA: We came to help the Palestinian refugees, we came to break the siege, show solidarity with Palestinians, and do what the governmental did not do.  The best of European society try to come here to show how the government can provide freedom to the rights of Palestinians.

MOI: How many activists do you have in the Freedom Flotilla convoy?

VA: About nineteen poets, 700 activists, and fifty behind them.

MOI: What about the preventing of aid convoys by the Israeli occupation?

VA: Yes, I was in the first convoy.  We came here to Gaza for the first time with the purpose of breaking the boycott/siege by sea.  We know what Israel wants to do, but I think that this is a victory.  Even if we were stopped from passing it is also a victory, because now it is a clear that all the world are supporting the boats which will come to Gaza, while Israel is alone, alone against the world.  So the people now know, can see who is the terrorist in the Middle East because we are not sailing in Israeli water, we are sailing in international water.

If Israeli will attack our flotilla in international law this is illegal and is another terrorist attack by the state of Israel.

MOI: What about the materials that will enter on the freedom convoy?

VA: Most of the materials are the only amount coming to Gaza more than one year after the massacre (Cast Lead).  Israel doesn’t allow cement and Iron to pass to Gaza, and it is needed to rebuild the thousand of destroyed building during the war in Gaza.  So most of this material is material that is needed to rebuild the twenty thousand buildings that were damaged and destroyed by the Israelis during the war.

MOI: Do you think that these convoys are enough to break the Gaza siege?

VA: This is the first step, we’re sure if there is six boats, then next time forty, there may be thousands and thousands of people will come.

MOI: I mean is there another solution to break the siege?

The solution must to be political, for example I am from Italy, and I am asking my government to stop any relations with Israel if it doesn’t give back freedom as a right of the Palestinians.  You know now look, we are so far into the campaign, it can be the key, and we can try to change the situation to make the Israelis stop the attacks and illegal terrorist activities against Gaza, and open this jail of Gaza.

MOI: What’s your feeling towards the Freedom Flotilla and if it will came to Gaza?

VA: I wish/hope it will arrive, InshAllah, InshAllah. 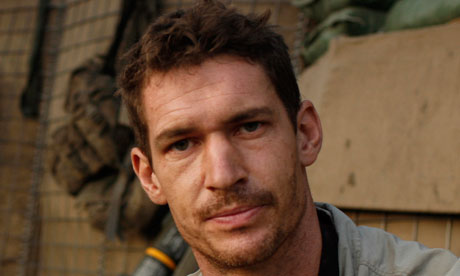 The online foreign affairs magazine cited exclusive WikiLeaks cables detailing moves by the US ambassador to the UN Susan Rice to prevent a more thorough UN investigation of alleged abuses during the conflict.

Some 1,400 Palestinians and 13 Israelis were killed during the three-week-long Israeli offensive in December 2008 and January 2009, which was aimed at halting Palestinian rocket attacks.

According to one cable, Rice spoke with UN chief Ban Ki-moon three times on May 4, 2009 to urge him to remove recommendations for a wider investigation from a board of inquiry report into attacks on UN sites in Gaza.

Rice “underscored the importance of having a strong cover letter that made clear that no further action was needed and would close out this issue,” the US diplomatic cable said.

Ban said his staff was working with the Israeli delegation and “called her after the letter had been finalized to report that he believed they had arrived at a satisfactory cover letter.”

Later that year Israel and the United States pushed back against a similar effort to investigate the war by the UN Human Rights Council, which appointed a team led by the South African jurist Richard Goldstone.

The release of the Goldstone probe coincided with US efforts to revive Israeli-Palestinian peace talks, and in another cable Rice links the two during a meeting with Israeli Deputy Foreign Minister Danny Ayalon.

Rice told Ayalon that Washington “is still studying the report, remains concerned about the fact-finding mission’s mandate and many of the recommendations in the report,” according to the cable.

She then urged him to “help us help them with progress on the peace process, saying that the report can be more easily managed if there is progress.”

The Goldstone report said there was evidence that both Israel and Palestinian militant groups had committed war crimes and possible crimes against humanity, urging independent probes on both sides.

Two weeks ago, Goldstone stepped back from the report, saying new information about Israel’s military actions led him to believe he had erred in concluding that Israel targeted civilians during the 22-day conflict.

He cited a UN committee of independent experts that followed up on the report and found that Israel “has dedicated significant resources to investigate over 400 allegations of operational misconduct in Gaza.”

In contrast, Hamas, the Islamist militant group ruling Gaza, “have not conducted any investigations into the launching of rocket and mortar attacks against Israel” that triggered the offensive, Goldstone wrote.

Israel, which bitterly opposed the investigation from the beginning, has since demanded that the United Nations rescind the report.

“We concur in our view that there is no justification for any demand or expectation for reconsideration of the report as nothing of substance has appeared that would in anyway change the context, findings or conclusions of that report with respect to any of the parties to the Gaza conflict,” they said in a statement to Britain’s The Guardian newspaper.

Palestinians and international solidarity activists around the world are collectively mourning the shocking death of Vittorio Arrigoni, an Italian journalist and solidarity activist. Arrigoni was also an occasional contributor to The Electronic Intifada (see “Gaza’s record-breaking children,” 16 August 2010 and “No words to console Gaza child after mother is killed by Israeli shelling,” 26 July 2010)

courage and humanity do not come with specific face features , its not about your color your gender your religion ,you either a human or something else ,from time to time god send us some people to teach us how to love , fight and how to believe , Rachael corry was one of those now Vittorio Arrigoni ,the show will continue as we remain silence ! and other fight our battles .

“Because of this did We ordain unto the children of Israel that if anyone slays a human being – unless it be [in punishment] for murder or for spreading corruption on earth – it shall be as though he had slain all mankind; whereas, if anyone saves a life, it shall be as though he had saved the lives of all mankind. And, indeed, there came unto them Our apostles with all evidence of the truth: yet, behold, notwithstanding all this, many of them go on committing all manner of excesses on earth”Surat Al-Ma’idah- verse 32