“Greater Israel”–from the Nile to the Euphrates–from the Bible, of course..

“Our task consists of preparing the Israeli army for the new war approaching in order to achieve our ultimate goal, the creation of an Israeli empire.” -Moshe Dayan, 1952, Israeli Defense (War) Minister
by Zen Gardner
Yes, this U.S.-hosted parasitic pagan creation of the Illuminati called Is-ra-el (read Is=Isis, Ra=sun god, El=Saturn deity) is working to metastasize in order to so-called “fulfill a promise given to Abraham”, their purported ancestor.

“In our eternal Book of Books (the Torah), the lofty ethical teachings of which are cherished by all mankind [give me a break-Z], the land of Israel is described not as a long, narrow strip of land with wavy, crooked borders, but as a state with broad natural borders. God has promised to Patriarch Abraham the following:

“I give unto them the land where they have sown their seed, from the river of Egypt unto the great river of Euphrates’ (Genesis 15:18). And so, in order to realize the words of this prophecy, the Israeli state had to continue, not in the borders it has today but within its broad historical boundaries.”

Right. Might start to have an argument if you were “Abraham’s seed”, if you even believe the origins of that “promise”.

Who are these people that claim to be so special?

Future IDF Chief of Staff, Moshe Dayan, as a ‘Noter’ and wearing a metal emblem of the ‘Ghaffir’ (early Zionist police force) on his Slavic kolpak hat. Clear Turkish and East European derivation.
Let’s look at some true history you’ll never get in school today.

The vast majority of people who call themselves Jews today are Ashkenazi Jews.  Unlike the Sephardim, who are Jews descended by blood through Abraham, the Ashkenazim are actually a Turkic people descended from Khazars who had converted to Judaism in the Middle Ages, prior to their westward migrations centuries later into eastern and central Europe and eventually on to Palestine.  This, in a nutshell, is the main theme of Arthur Koestler’s book The Thirteenth Tribe.

The Turkic roots of the Ashkenazim undermine their claims of entitlement in the Holy Land according to scriptures in the Holy Bible.  And so the very idea that most modern day “Israelis” are not even of the blood of Abraham is considered a national security threat to the Zionist state because their pretensions of being racial heirs of the Almighty’s promises and blessings to Abraham have been annihilated by an extensive historical record.

Looks like we’re back to square one, as their answer to this and any challenge on any level is always ultimately the same old accusatory mantra that’s been deliberately burned into the human psyche and sends the sheeple running for cover:
“ANTI-SEMITE!”
” href=”https://khamakarpress.com/wp-content/uploads/2011/03/anti_semitism.jpg?w=300″> 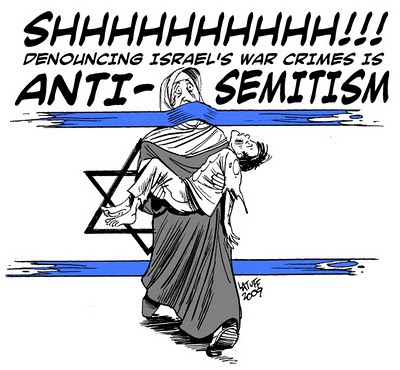 Another problem–they’re not Semites either.

In spite of all this screaming, Zionists are the true anti-semites, murdering their truly Semitic Palestinian population for decades. They even persecute their own minority of true Sephardic Jews of Israel, many of whom are anti-Zionist. Remember, there’s a difference between a Jew and a Zionist. Many Zionists are not Jews, and many Jews are not Zionists. They use their “Jewishness” for a cover, to the serious detriment of the very ethnic group they supposedly champion, the sly devils.

So too, the term “anti-semitism” is rendered void of meaning and useless, at least insofar as it is employed by the Turkic Ashkenazim as propaganda.  Ironically, their Palestinian Arab victims are real Semites along with the Sephardic Jews, Arabs in general and a few other groups, all of the blood of Abraham.  At best, the Turkic Khazar-derived Ashkenazim are very long lost cousins of the Semitic folk, and have limited commonality with them in their genes along with the common house-fly and a host of other creatures of the Almighty’s vast creation. (source)

Israel Born and Bathed in Blood

Israel’s history, both old and new, is bathed in blood. More insidious, Zionist Talmudic teachings and doctrines tell its adherents that they are superior to all others, and that killing the inferior “goyim” is completely justified and nothing to feel any compunction about.
They will do anything, commit any atrocity, and all in the name of Zionism. But no, no. To question them is to commit the most heinous act of treason against humanity.
Talk about reversing the truth. And all this has been engineered by decades of propaganda.

The Plot Towards ‘Greater Israel’

The author of the following point wrote about these things in 1968. Since then, to make things worse, warring Israel has amassed billions of dollars of US-supplied state of the art weaponry including a huge nuclear arsenal–all while screaming about its neighbors being the threat. Typical.

By guile, treachery and bloodletting, the Zionists plot to annex all of Jordan, virtually all of Syria, half of Iraq and a large part of Saudi Arabia and all of the rich cotton lands of the Nile Valley. It would be a simpler matter then to grab Yemen, Aden, Muscat, Qatar and Oman with their rich oil development. Israel is already well advanced in the development of its first nuclear warhead. Source

Let’s look at this map of “greater Israel”. Remember, Libya just west of Egypt is considered the gateway to Egypt throughout history, while Egypt is considered the heart of the Arab world.
Here’s Libya’s very strategic position. I wonder why the NWO is invading? Gain, or neutralize with “friendly governments”, these territories and the rest will follow.
” href=”http://upload.wikimedia.org/wikipedia/commons/thumb/c/c6/LocationLibya.svg/300px-LocationLibya.svg.png”>

The U.S. is already occupying Iraq and Afghanistan, and Saudi Arabia is an American/Zionist puppet, as is Jordan. Lebanon’s been neutered and Syria surrounded.
All while well-armed, American-backed and UN sanctioned Israel is smack in the middle causing all the problems.

Looks like their imaginary boundaries are moving even farther east…

Over 50 U.S. airbases…insane…and this was in 2008! Remember, the U.S. is Israeli Zionism’s puppet so you can pretty much count that Israeli territory in the making in a sense. The US and Israel have become one and the same. Just ask a fundamentalist Zionist Christian who’s proud to send American youth to die for this mythical cause.
How bamboozled can you get.

Iran clearly in the way

Let’s see how the U.S. was positioned even then to wage war on Iran. The days are counting down.
” href=”http://rupeenews.net/wp-content/uploads/2008/07/us-bases-around-iran.jpg”>

U.S. military bases circa 2008. Imagine now, plus the US Fleet

Perhaps the Zionists are using this “Greater Israel” concept as an interim step of some sort. It certainly works the same old religious guilt justification synapses that rallies Zionist Jews and brain-washed conservative Christians alike.  Hell, “God told me do it. Expand, dammit!” (Isn’t that was mass murderers often say? Just ask the Jesuits–same wicked credo as Mossad.)
Nothing like a “Holy Crusade” to get the blood flowing.
As is the case with all of these manufactured myths and ideologies such as the “chosen people”, the idea of a “greater Israel” is in effect nothing new. It’s really just another excuse to keep striking out, another Zionist religious smokescreen to justify anything and everything Zionist.

And they’ll stop at nothing, including staged terrorist events which they’ve done for decades, their greatest feat to date being 9/11. But we’re not done yet.
(And no, they don’t need to inhabit these lands for them to be Israeli, any more than Romans had to populate the lands ruled by Caesar.)
” href=”http://altahrir.files.wordpress.com/2011/03/israel_mossad_false_flag.jpg?w=257″> 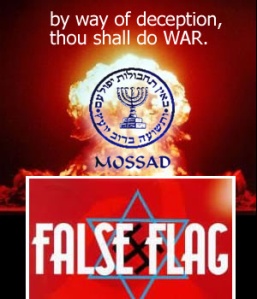 But it does add to the justification to keep arming themselves to the teeth. Much like the U.S. fake “cold war” threat to arm themselves for this world-wide takeover, and now the phony war on terror to justify the NWO militarization and clampdown on their real enemy–the world population.

The U.S. is the main military arm of the NWO, at least for now. They answer to the globalist cabal of which Zionism is an integral part, for occult, satanic reasons. A nasty bloodline runs strong among the Khazarian Ashkenazis, but it is not the only powerful bloodline lineage, such as that of the European so-called royals running through history right on down to today’s monarchies, premiers and American presidents.
The march towards global domination by these elites is on. It is accelerating, and we’re seeing the outcropping of these powerful forces at work in the Middle East, concurrent to a manipulated global financial meltdown, drastic earth changes, and a worldwide societal awakening happening in parallel.
But don’t hand me this BS that these are God’s Chosen people. These wicked Zionists don’t even believe in a true creator God…they believe in lust, power, hate and greed. Many well intentioned people, Jews and non-Jews, are deceived by this ploy.
But don’t you be deceived– these full blown Zionist manipulators advancing this phony cause are Satan’s own spawn with nothing but the worst of intentions for humanity. 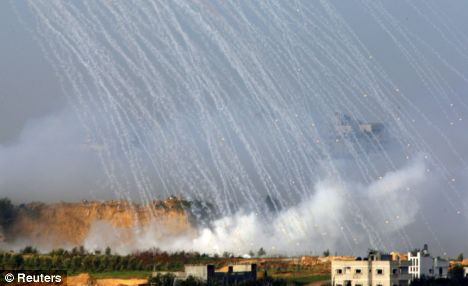 They will reap what they sow. The law of karma cannot be escaped.
Please do your part to help expose them and the NWO agenda and bring the light of Truth to the world.

One thought on “The Ongoing Plot To Create “Greater Israel””