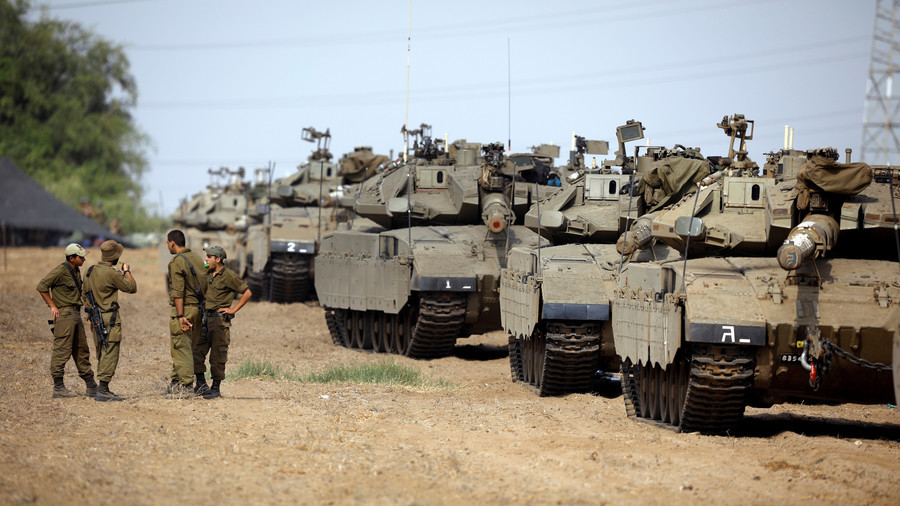 Israel has boosted its military presence along the border with Gaza amid top politicians’ calls for a full-scale military campaign like the conflict of 2014, to put an end to the violence and rocket attacks that it links to Hamas.

The IDF has stationed around 60 tanks and armored personnel carriers at a deployment area near the Palestinian border, according to Reuters, in what may be the largest military maneuver from Israel since 2014’s Operation Protective Edge. 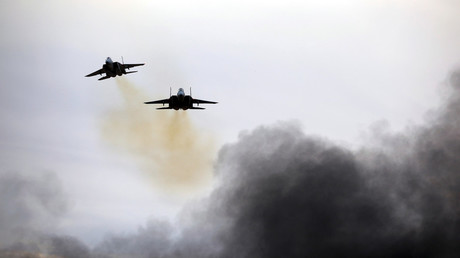 Israel conducts airstrikes, shuts down checkpoints in retaliation for rocket fire from Gaza

In the latest exchange this week, a rocket from Gaza hit the southern Israeli city of Be’er Sheva, damaging a house, while another fell into the sea. In a series of retaliatory airstrikes Tuesday night, the IDF killed one Palestinian and injured several more, targeting eight “terrorist locations.”

Attempting to justify its rapid military escalation, Israeli officials claimed the rocket that landed in the sea came “dangerously close” to Tel Aviv. Still, Hamas took no responsibility for the rocket strike and promised an investigation.

In addition to the military response, Israel closed two border checkpoints and instituted a three-mile limit for Palestinian fishing boats. Palestinian officials have already described Gaza as being at a “breaking point,” citing “the Israeli blockade that strangled life and business in Gaza.”

Israeli PM Benjamin Netanyahu promised “very strong action” in the event of future rocket attacks, convening his security cabinet as soon as the projectiles hit the ground. Defense Minister Avigdor Lieberman prioritized showing strength over keeping the peace, reiterating his insistence on a “strong blow” against Hamas “even at a price of moving to a wide-scale confrontation.” 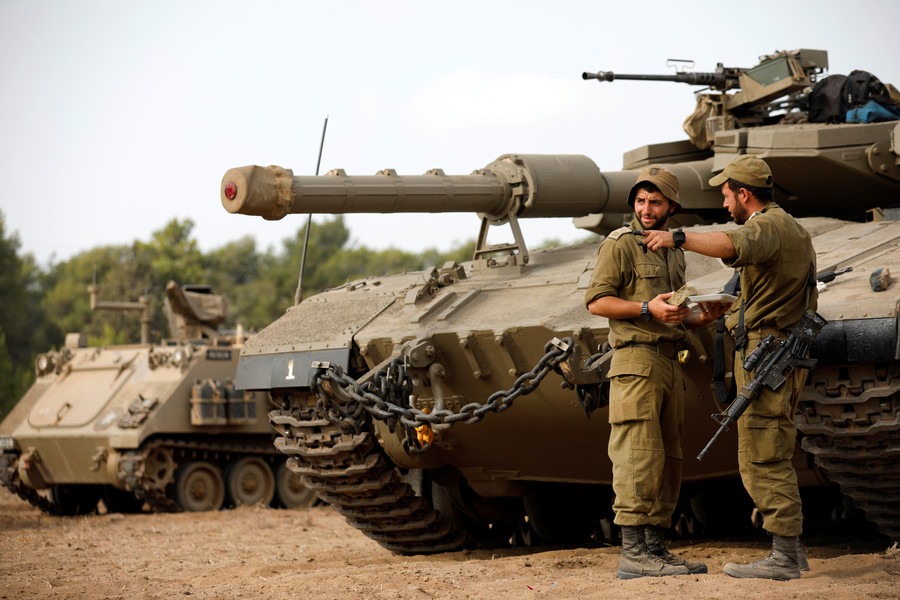 The Israeli media seems to be softening the population up for another war, with headlines insisting a full-scale conflict is unavoidable. An Egyptian delegation is reportedly attempting to de-escalate the situation, talking to both sides in the hope of avoiding further carnage.

The rocket arrived in Be’er Sheva as if on cue after Lieberman urged the government to allow a large-scale military campaign against Hamas in Gaza to stop “ongoing violence.” While it set off sirens, it was not intercepted by Israel’s famous Iron Dome air defense system. 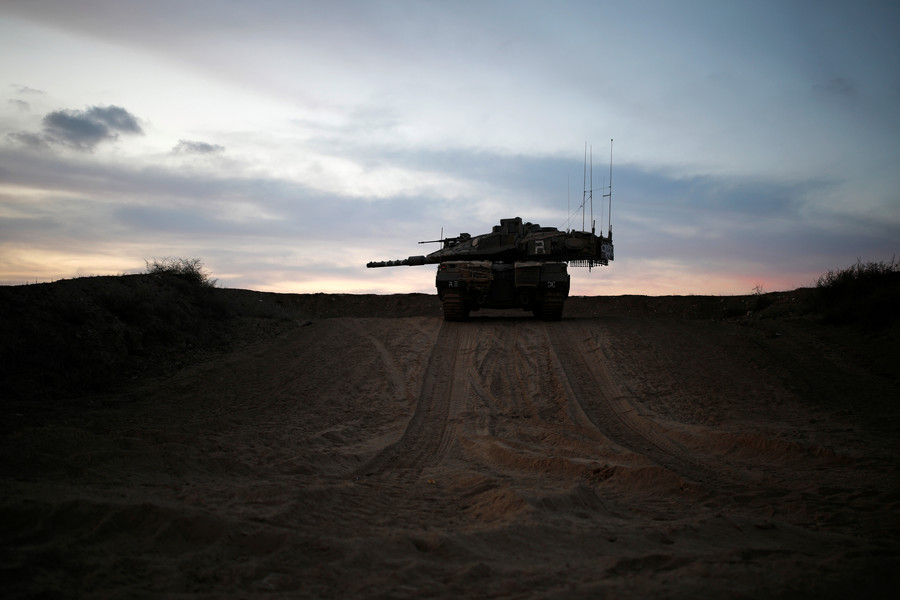 While Israeli officials lament the “violence” of Hamas as the rationale for their economic blockade and proposed military incursion, most of the violence in recent months has come from Israel. The country has come under heavy international scrutiny for killing and maiming unarmed Palestinians taking part in the Great March of Return protest, including medics and journalists clearly marked as such. Over 204 Palestinians have been killed and more than 22,000 injured since the protests began in March. Israel has also stepped up its demolition of Palestinian villages to make way for the expansion of illegal settlements. 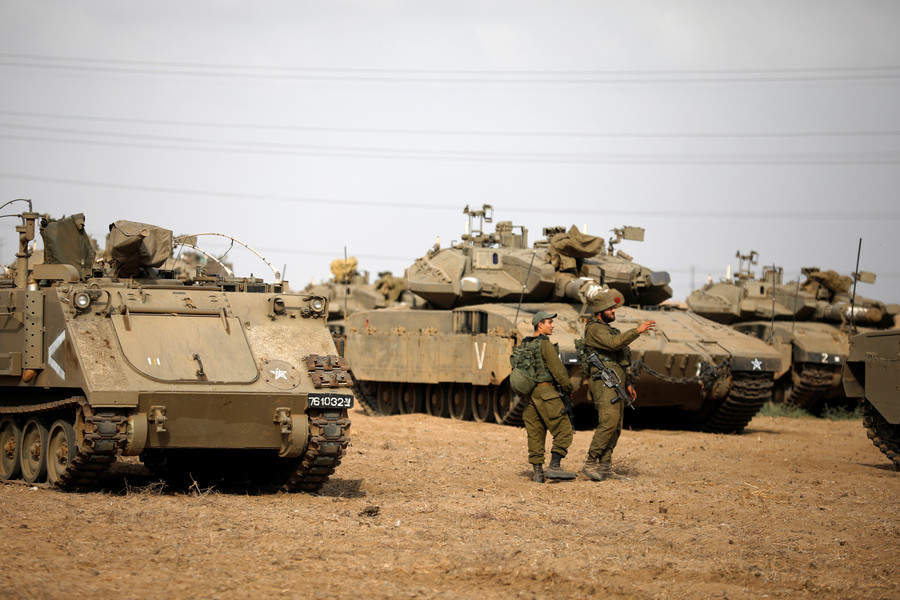 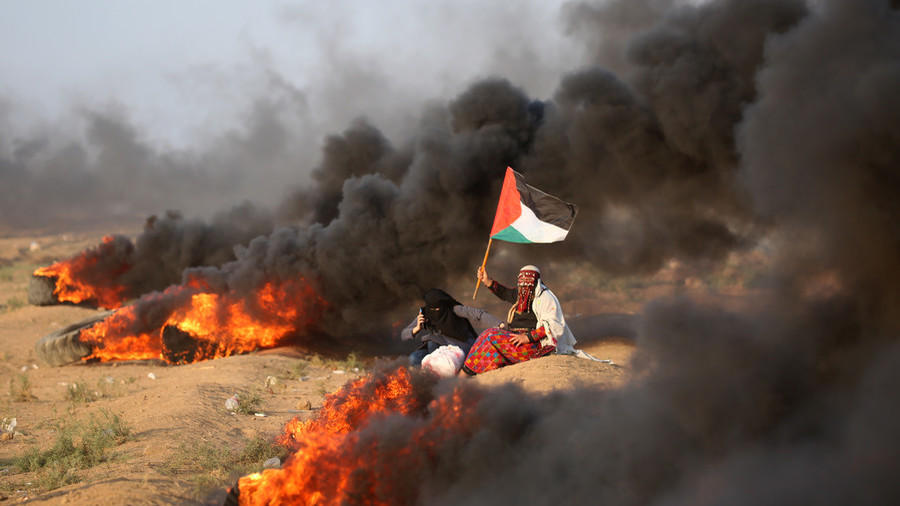 A Palestinian woman waves a national flag near burning tyres during clashes along the Israeli border fence, east of Gaza City on September 28, 2018
Israel has threatened to unleash a “powerful blow” against Gaza – but don’t expect criticism from Washington: Shared animosity towards the Palestinians has united Donald Trump and Benjamin Netanyahu, RT is told.

Israeli Prime Minister Benjamin Netanyahu on Sunday warned of military action against Hamas, which controls the Gaza Strip, if the ‘March of Return’ protests continue.

READ MORE: 12yo boy among 3 Palestinians killed during ‘March of Return’ at Gaza border

The threat is just the latest in a long list of extreme punitive measures taken or announced by Israel to crush the nearly-weekly protests, which began six months ago. Despite international criticism over the bloody crackdown – which has killed an estimated 200 Palestinians and left more than 20,000 injured since March – Israel has a reliable partner and friend in the White House.

They’ve really “aligned themselves very closely,” Joshua Landis, the director of the Center for Middle-East studies at the University of Oklahoma, told RT. 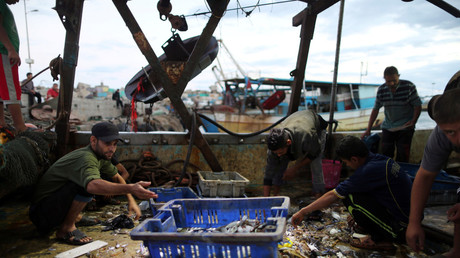 Israel has resorted to using live ammunition to disperse the demonstrations, and has even called in airstrikes in retaliation against attempts by Palestinians to breach Israel’s border fence. Tel Aviv has also instituted economic punishments, announcing earlier this month that it would restrict waters used by Palestinian fishermen by 33 percent.

According to Landis, the Trump administration has been a boon for Israel. During the Obama years, there was “great tension” between Washington and Tel Aviv, even though they were “aligned in terms of their foreign policy.”

“The Obama administration took great pride in repeating constantly that it had done more than any previous administration to help Israel, in terms of arm sales and transfer of technology and so forth. Still, it was quite clear that president Obama wanted settlements stopped, wanted a two-state solution – and that has been reversed under president Trump.”

The Trump administration announced in August that it would withhold $200 million used to help fund the United Nations Relief and Works Agency for Palestine Refugees in the Near East (UNRWA), a UN agency that provides humanitarian aid for more than 5 million registered Palestinian refugees.

Palestine’s foreign minister described the policy move as an “attack the Palestinian people and international law.” The State Department insisted that the cuts were “in accordance with US national interests and provide value to the US taxpayer.”

In December, the US president declared that he would unilaterally recognize Jerusalem as Israel’s capital, in violation of UN Security Council resolutions.

Israeli military have started a broad air attack on Hamas position in the Gaza Strip, the Israeli Defense Forces said in a statement. It comes after serious border clashes, in which IDF soldiers came under fire from Gaza.

IAF jets recently conducted a wide-scale attack against Hamas military targets throughout the Gaza Strip following a severe shooting attack against IDF soldiers this afternoon. The IDF is currently conducting the attack in various locations

“The IDF views today’s attack and the hostile activity orchestrated by Hamas throughout the last months with great severity. Hamas chose to escalate the security situation and will bear the consequences for its actions,” the Israeli military stated.

The escalation comes after months of tension in the Gaza Strip, where thousands of protesters gathered weekly at a fence erected by the Israeli forces for the so-called Great Return March. Dozens of civilians have been killed by Israeli snipers in what Israel called a measured response to Hamas attempts to break through the wall.

The statement said earlier in response to the border clashes the IDF used aircraft and tanks to attack Hamas fighters.