The ethnic cleansing of Palestine continues. Dunam by dunam, village by village, house by house, the people of Palestine face a slow, systematic genocide in their homeland. Two houses were demolished in the south of the Jordan Valley, in the village of Fasayil, on Sunday morning. The Israeli government did not issue a warning. The village of 1,300 people has been facing Israeli assaults on their land since the early seventies, with the construction of two settlements on either side, and a huge farmland in front of them, all less than a kilometre away.

But, it was in 2010 that the Israelis came and virtually destroyed the entire village of Fasayil al Wusta. The residents have, since then, built the village back up.

Hassan Mohammed Hussein A´Zayed built a house for his son, who suffers from mental disabilities, and is sensitive to hot weather. “That house cost me 15,000 shekels to build, not only because of building materials, but because of the air conditioning (unit),” he said. The house only lasted one year before it was bulldozed on Sunday, the AC unit along with it. 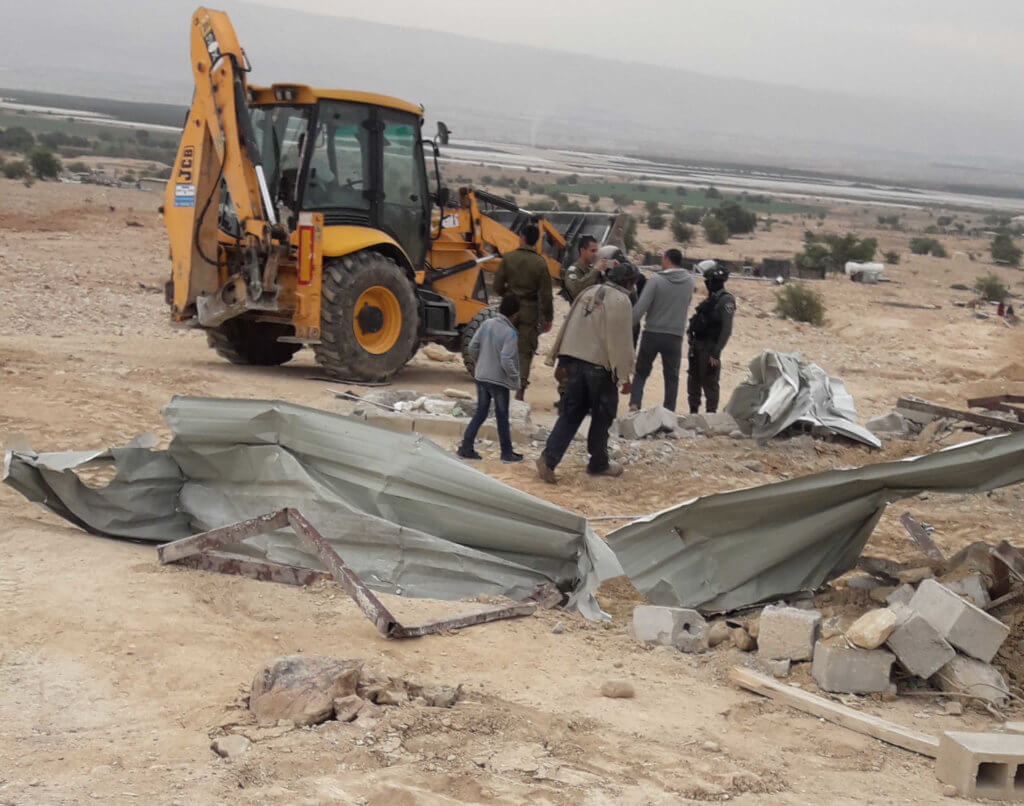 A few metres in front of the newly destroyed house, one can see at least three other piles of rubble that used to be housing units, all belonging to Hassan. This was the seventh time a house of his was demolished. “They keep destroying them. Sometimes with warning, sometimes not. It´s a random policy. There´s no way of knowing what they´re going to do.” Hassan has 8 children.

Aeman Rashaeda, father of four, whose wife teaches at the nearby school, was the next to lose his house, on the same road as Hassan´s. When the Israelis approached him, they told him that it was forbidden to build, and that he was living in a closed military firing zone.

When the complete destruction of the village took place 8 years ago, 10 families immediately fled. This is a village that receives only 1,500 litres of water for each household per week; that can never get a permit to farm or build; that cannot dig a well deeper than 150 meters, enforced by Israeli occupation law.

Before the 1967 invasion of the West Bank, this village shared water from a natural spring 4 kilometers up a nearby mountain. It has, since then, been surrounded by 3 Israeli wells – the water now privatised – controlled for settler use. 60 percent of the Jordan Valley has been closed by the Israeli occupation for “military firing and security zone(s)”, but it´s been well known for years to have actually been used for agribusiness. Pick any one feature of the military occupation of the Palestinian West Bank, and you will find a policy of theft, of racism, of genocide.

Human Interest 11/30/18 PLO: Solidarity with Palestinians not Just an Abstract Expression of Empathy