Gaza Siege is a Crime

A media campaign was launched on Saturday to shed light on the tragic humanitarian situation in the besieged Gaza Strip.

As the Israeli siege imposed on the Gaza Strip enters its 12th year, the Media Committee of the Popular Conference for Palestinians Abroad launched the “Media Week of the Humanitarian Crisis in Gaza” under the hashtags #GazaSiegeCrime and  #ﺣﺼﺎر_ﻏﺰة_ﺟﺮﯾﻤﺔ in Arabic. 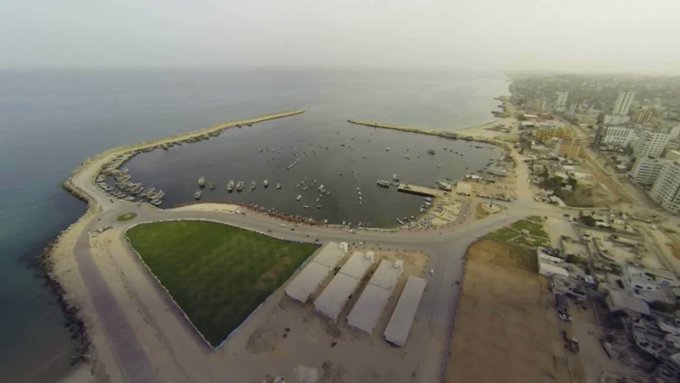 The 12 years of blockade on Gaza is continuing worsening the humanitarian situation, targeting 2 million Palestinians.
Take part in the Media Week of the Humanitarian Crisis in Gaza, and speak out for its people!#GazaSiegeCrime

“We are aiming to highlight the human suffering of more than two million Palestinians living in the besieged Gaza Strip,” Ayah Kayed, one of the campaign organisers, told MEMO. The campaign, which is set to run until 27 October, also aims to mobilise the Arab and international public opinion of solidarity with Gaza and work to lift the siege, according to a statement by the Media Committee of the Popular Conference for Palestinians Abroad. 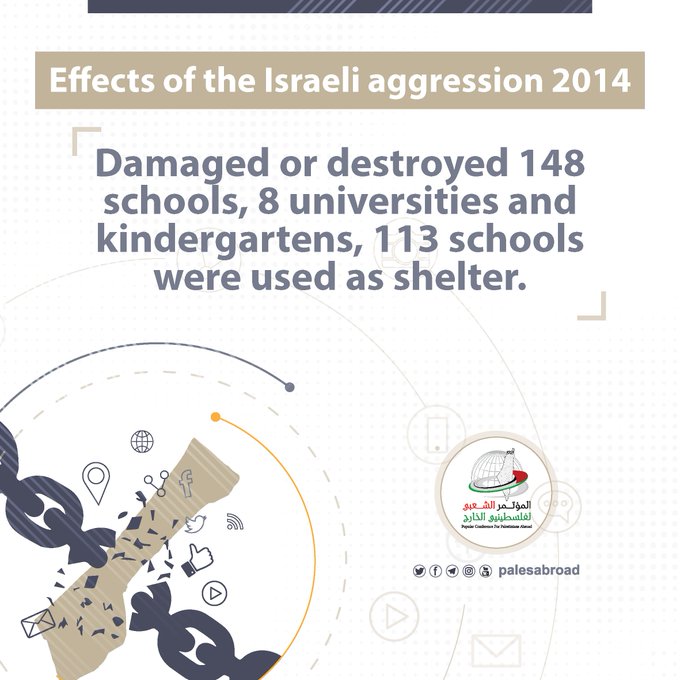 Effects of the Israeli aggression 2014.
#GazaSiegeCrime

Israel imposed a land, sea and air blockade on the Gaza Strip in 2007, severely restricting the movement of people and goods in and out of the enclave.

The United Nations Special Coordinator for the Middle East Peace Process, Nikolay Mladenov, had said in a statement in August that the Gaza Strip is “on the verge of total collapse”. A 2015 UN report warned that the Gaza Strip may become “unliveable by 2020, if present trends continue”.

“We call on activists and institutions supporting the Palestinian cause to join our efforts and to contribute to conveying the voice of the Palestinian people to the world by exposing the practices of the occupation which violate the most basic rights recognised by international laws,” Kayed added.