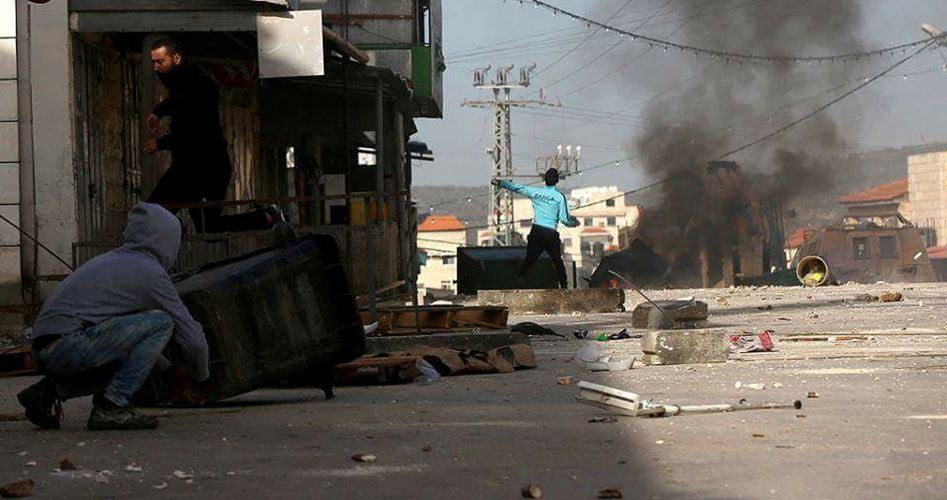 Violent clashes broke out last night and at dawn Saturday between Palestinian young men and Israeli soldiers in different areas of Jenin and al-Khalil.

In Jenin, the clashes started after soldiers stormed Misilyah town, closed its main entrance and embarked on interrogating local residents on its streets.

Several tear gas canisters fell on homes in the town, causing many families, mostly children and women, to suffer from their exposure to fumes.

In al-Khalil, overnight clashes with soldiers erupted and continued into the early morning hours of Saturday in different areas of al-Khalil city.

Local sources reported that the events occurred after Israeli troops stormed al-Fawwar refugee camp and al-Salayma neighborhood in the Old City of al-Khalil as well as the nearby area of al-Darwa in Halhul city, and carried out raids on homes.

They added that a large number of local young men in those areas confronted the troops and forced them to withdraw.