According to local sources, Israeli settlers from the illegal Israeli settlement of Yitzhar, attacked a vehicle with stones as it passed on the main road, south of Nablus. 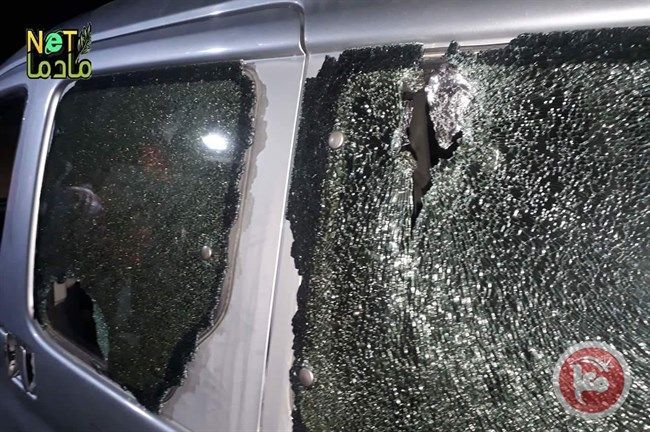 Israeli settlers from Yitzhar settlement attacked a Palestinian vehicle near the occupied West Bank city of Nablus this weekend. The attack left a father and his two young children injured. https://www.maannews.com/Content.aspx?id=780755 …

Sources confirmed that four Palestinians were injured due to the attack and were immediately transferred to Rafidia hospital in Nablus for treatment.

The four Palestinians suffered bruises and various cuts as a result of broken glass.

Israeli settlers from the Yitzhar colony attacked a Palestinian car with stones. 4 passengers, who were driving to work, were admitted to the hospital in Nablus for treatment from bruises and cuts as a result of broken glass. #Palestine #HateCrimes https://www.wattan24.com/?app=article.show.67127 …

Meanwhile, dozens of Israeli settlers escorted by heavily armed Israeli forces raided the Palestinian village of Awarta, south of the Nablus district, and performed Jewish religious rituals in the area.

Between 500,000 and 600,000 Israelis live in Jewish-only settlements across occupied East Jerusalem and the West Bank in violation of international law, with recent announcements of settlement expansion provoking condemnation from the international community.