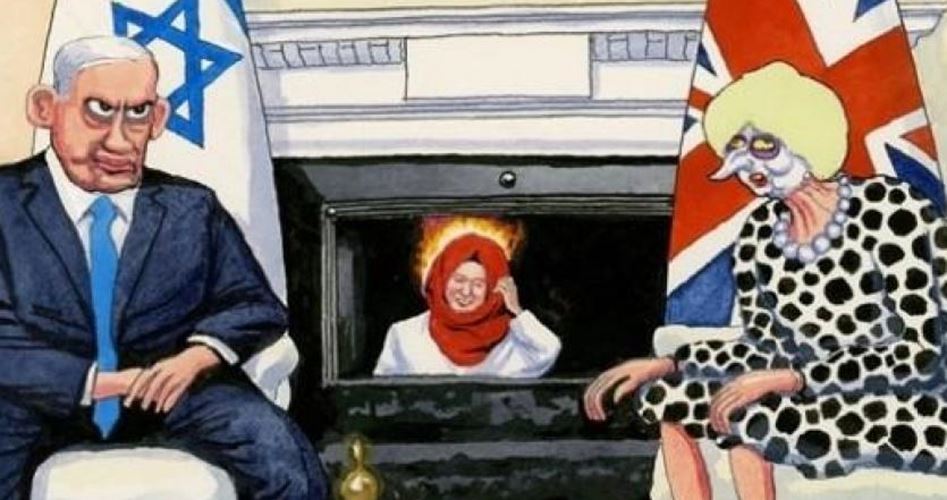 The British newspaper The Guardian banned a cartoon criticizing Israel’s killing of Palestinian paramedic, Razan al-Najjar, on the grounds of anti-Semitism.

The rejected cartoon shows British MP Theresa May sitting alongside her Israeli counterpart Benjamin Netanyahu in Downing Street, while Palestinian medic Razan al-Najjar burns in the fireplace behind.

Al-Najjar, 21, was shot and killed by an Israeli soldier on June 4 during a protest in Gaza.

In emails sent to staff, Guardian cartoonist Steve Bell said that he had been “unfairly traduced and censored” and accused Guardian editor Kath Viner of not speaking to him because she “did not really have an argument” for spiking his work.

The debate was discussed at the House of Lords by member Tony Graves who said that banning the cartoon was not necessary and that it is time for Israel to be accountable for its actions.