Following his release from the prisons of the militia of the Democratic Union Party (PYD), member of the Syrian Coalition Abdelhamid Tamo described his detention as a war crime and crime against humanity as per international norms and conventions. He said that he was subjected to “enforced disappearance and arbitrary arrest.”

The PYD militia detained Tamo in the town of Darbasiya in Hasaka on Sunday, an act which the Syrian Coalition condemned and described as a replica of the Assad regime’s crimes.

After his release on Wednesday, Tamo said that the PYD militia had subjected him to solitary confinement. “These practices fall under the law of the jungle which is prevalent in the PYD-held areas,” Tamo said. He noted that there were no clearly set laws or standards safeguarding the personal and political rights of those seeking a role in public affairs.

Tamo said that the arrests being conducted by the PYD terrorist militia “are motivated by personal decisions without being based on any judicial or legal justifications. They are also being conducted according to intelligence and security mechanisms and are based on false accusations and unsubstantiated allegations.

Abdulhamid is also member of the Kurdish National Council as well as the Foreign Relations Officer in the Kurdish Future Movement. He is also brother of late dissident Mashaal Tamo. 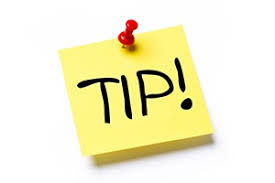 Israeli occupation forces arrested more than 600 Palestinians in the occupied Palestinian territories and besieged Gaza Strip in May, including 94 children and nine women, human rights groups have said.

Palestinian prisoners’ associations and human rights organisations including the Palestinian Prisoners’ Association, Addameer, the Commission of Detainees and Ex-detainees Affairs and Al-Mezan Centre for Human Rights, documented the arrests.

Their figured reveal that Israeli occupation forces detained 197 Palestinians from Jerusalem, 104 from Ramallah and Al-Bireh, 70 from Hebron and 33 from Jenin.

Another 44 arrests were documented in Bethlehem. Israeli occupation forces have also arrested 48 Palestinians from Nablus, 15 from Tulkarm, 32 from Qalqilya and five from Tubas.

In addition, 20 Palestinians from Salfit, eight from Jericho and 29 from the Gaza Strip were detained.

There are currently approximately 6,000 Palestinian prisoners detained in Israeli jails, including 350 minors and 430 administrative detainees.

Aziz al-Turi, a resident of the village, said that the bulldozers, backed by dozens of police cars and the special force unit of “Yuval”, broke into the village at around 7 am and demolished it for the 129th time.

The  village is one of 35 Bedouin villages considered “unrecognized” by the Israeli government, and was first demolished in 2010.

Citizens rebuild their homes and tents after every demolition.

According to the Association for Civil Rights in Israel (ACRI), more than half of the approximately 160,000 Naqab Bedouins reside in unrecognized villages, which the state refuses to provide with a planning structure and place under municipal jurisdiction.

ACRI said the Israeli government uses a variety of measures to pressure Bedouins into relocating to government-planned urban centers that disregard their lifestyle and needs.

Palestinian writers and intellectuals have called on members of Fatah, the National Council, the Central Committee and Executive Committee of the Palestine Liberation Organisation (PLO) to resign in protest against the Palestinian Authority’s imposition of sanctions on the Gaza Strip.

Human rights activist and writer, Mustafa Ibrahim, called on members of the Palestinian National Council, the Fatah Central Council and the PLO Executive Committee to “free themselves from the restrictions” imposed on them by their positions.

Do not forget that you represent a national liberation movement, liberating yourselves is not difficult in order to lift the injustice from your people

Writer Aziz Al-Masri said that “a mass resignation is the most honorable form of protest and at the same time the most difficult message to be directed at the regime or the government.”

“The key influencer of the salary crisis is the Fatah movement as the head of the Palestinian Authority in Ramallah,” Al-Masri wrote on Facebook.

Read: Who will fill the vacuum post-Abbas?

On Tuesday, Fatah members in Gaza demanded the PA lift the punitive measures imposed on the Gaza Strip and to pay the salaries of Gaza employees in full and treat them like their counterparts in the occupied West Bank.

Fatah member in Gaza, Abdel Rahim Al-Hindi, resigned as a result of the “crime” of not paying the salaries of Gaza employees.

The Palestinian Authority President Mahmoud Abbas imposed a number of sanctions on the Gaza Strip in April 2017 which escalated in April this year to reach deduction 50 percent of the salaries of Gaza employees .

Israeli occupation forces have been harassing Palestinian students outside a Hebron region university for the past six months, Israeli human rights NGO B’Tselem reported this week.

In December 2017, students from the Palestine Technical University campus next to Al-‘Arrub camp north of Hebron held a protest against President Donald Trump’s decision to relocate the US embassy to Jerusalem.

Beginning on campus, when the protesters reached the main entrance, “clashes ensued between them and Israeli soldiers who were there, blocking the gate”. Later, B’Tselem added, soldiers invaded the campus itself, using “stun grenades, teargas and rubber-coated metal bullets”.

Since then – a period of some six months – Israeli occupation forces have “patrolled daily by the main entrance, from early morning until classes are over”.

“In addition,” the NGO continued, “soldiers stationed at the entrance randomly inspect students’ identity cards, take photographs of them and search their bags, sometimes even confiscating their IDs or demanding that the students identify fellow students in photographs”.

With students reporting delays of up to an hour at the entrance to the campus, some students – including residents of the refugee camp opposite – have chosen “to take longer, roundabout routes to campus so as to avoid encounters with the soldiers”.

Furthermore, after a protest on Prisoners’ Day in April – when soldiers once again violently entered the campus – the army “shut down the campus for two days”.

“There is nothing routine about students having to get past soldiers in order to enter an academic campus,” B’Tselem stated.

Delaying the students and harassing them on their way to classes infringes upon their fundamental right to move freely, study and lead an ordinary social life.

“For students in most countries, these rights are a given, a matter of course,” B’Tselem continued, “yet for the hundreds of students at the Al-‘Arrub campus, even the most basic of rights are subject to the whims of the military.”

“This is yet another example of the daily, arbitrary abuse of Palestinians in the West Bank, and the military’s cynical use of its power,” the NGO concluded.

Injured Palestinians can be seen after they were wounded by Israeli soldiers during the Great March of Return in Gaza City, Gaza on 24 May 2018

UK charity Medical Aid for Palestinians (MAP) has described allegations of anti-Semitism made by two pro-Israel advocacy groups as an “appalling smear”.

According to a report in the Jewish News, UK Lawyers for Israel (UKLFI) and the US-based Lawfare Project this week submitted a 17-page complaint against MAP to the Charity Commission.

The complaint claims that the respected humanitarian NGO is guilty of “racial hatred of Jews”, and claims MAP has “links to Palestinian terrorist groups”.

A MAP spokesperson told the paper: “This appalling smear appears to be part of a wider pattern of attacks on legitimate NGOs. Should the Charity Commission raise points with us, we would be pleased to respond.”

The article says that the pro-Israel activists accuse MAP of giving a “false impression” about the health of Palestinians. UKLFI’s Jonathan Turner said: “Readers of its misleading website would no doubt be surprised to hear that life-expectancy in Gaza in fact compares favourably with Glasgow.”

Turner added that MAP was “abusing its position as a charity to spread false information about Israel”, and using “the halo of its status as a charity to disguise its racial hatred of Israelis and Jews.”

Lawfare Project direct Brooke Goldstein said “it is incumbent on the Charity Commission to take action against MAP’s sinister abuse of charitable funds”.

The timing of the attack on MAP is no coincidence, coming after an appeal by the charity raised more than £1 million following Israel’s mass killing of Palestinian protesters.

MAP medics have been on the ground in the Israeli-occupied Gaza Strip, and the charity’s social media accounts have given vital insights into Israel’s brutal crackdown.

A Palestinian family was trapped inside their home and forced to leave through a broken window after Israeli occupation forces welded their front door shut in the southern occupied West Bank district of Hebron this morning.

The incident took place on Al-Shuhada Street in the Old City of Hebron, one of the most heavily militarised streets in the occupied West Bank.

Samer Yusri Zahida told Ma’an that Israeli occupation forces broke into his brother’s house at 8am and forced him and his three other family members into one room.

After detaining the family for a brief period of time, occupation forces broke one of the windows in the house and exited through it, allegedly telling the family that if they want to leave the house they must also exit through the window. Israeli forces then sealed the front door shut.

Zahida noted that the window that was broken did not lead to the main road, but to the neighbour’s house. 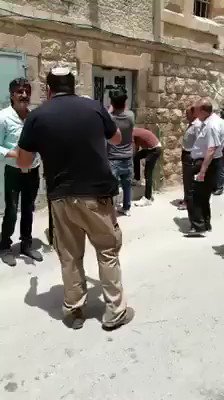 Coordinator of the Human Rights Defenders Association in Hebron, Imad Abu Shamsieh, told Ma’an that Israeli occupation forces have been trying to force the family out since they moved in two weeks ago, in what he said was an “attempt to empty Al-Shuhada Street of all Palestinian residents and provide it to Israeli settlers as a new residence.”

Palestinian residents of Hebron’s Old City face a large Israeli military presence on a daily basis, with at least 20 checkpoints set up at the entrances of many streets, as well as the entrance of the Ibrahimi Mosque itself.

They are also not permitted to drive on Al-Shuhada Street, have had their homes and shops on the street welded shut, and are not allowed to walk on some roads in the Old City.