The Israeli occupation forces at noontime Saturday set up a makeshift checkpoint east of Salfit province, blocking Palestinians’ access out of and into the area.

According to eyewitnesses, the Israeli soldiers stopped Palestinian vehicles and subjected youths to intensive inspection at the newly-pitched roadblock.

Dozens of Palestinian vehicles and civilians lined up in the street waiting for the soldiers’ permission to access their homes and workplaces.

The checkpoint has been set up below Askaka bridge, built by the Israeli occupation authorities a few years ago to connect the illegal settlement outpost of Ariel to Israeli settlements north of Ramallah. 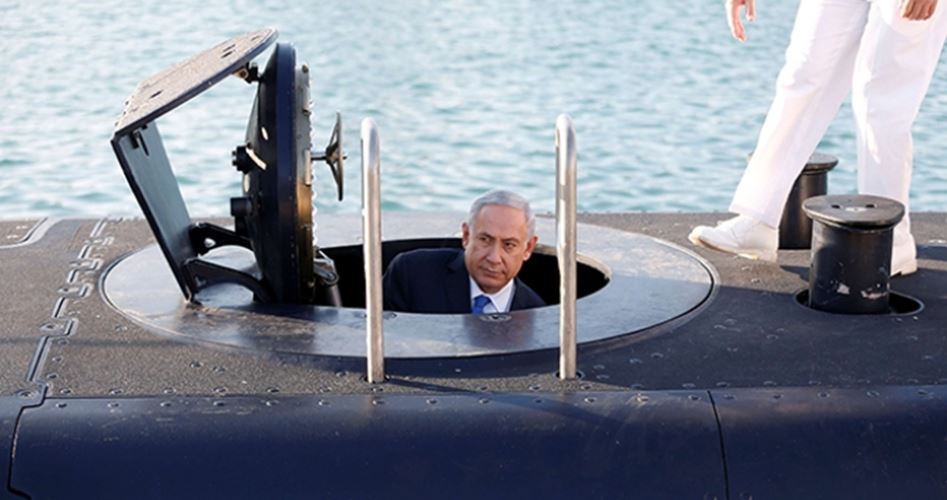 Israeli Police detained six people for questioning on Sunday morning, including a number of former senior public officials, suspected of corruption in the fraudulent purchase of naval vessels from Germany, known as “Case 3000.”

The suspects were brought in as part of an ongoing investigation into the so-called “Case 3000,” or the “submarine affair,” in which the ill-famed Prime Minister Benjamin Netanyahu’s personal lawyer David Shimron is suspected of attempting to sway multi-billion-shekel deals in favor of the German shipbuilder ThyssenKryupp, which he represented in Israel.

The six were questioned over suspicions of fraud, bribery, tax evasion and money laundering, the Israel Police and the Tax Authority said in a joint statement.

A source close to the investigation who asked not to be named told The Times of Israel that some of the suspects were personal associates of the prime minister. Hebrew media speculated that Shimron was among those being questioned.

One of the detainees was named later as Avriel Bar-Yosef, a former deputy head of the National Security Council. Netanyahu sought to appoint Bar-Yosef to lead the NSC in 2016, but his candidacy was withdrawn when it emerged that he was suspected of accepting bribes in exchange for promoting the interests of German businessmen involved in the development of Israel’s offshore gas fields

Attorney General Avichai Mandelblit ordered the Israel Police to formally look into the submarine affair in November 2016, after accusations surfaced that Netanyahu swayed to purchase vessels by business ties Shimron had with ThyssenKrupp. The deals for patrol boats and submarines came under intense scrutiny late last year after it was revealed by Channel 10 news that Shimron also served in an advisory capacity for ThyssenKrupp, which was awarded the contracts for building Israel’s submarines and naval attack boats.

At the same time, hundreds of Israelis continue to protest against government corruption.

On Saturday evening, hundreds of Israelis rallied in the central Israeli city Petah Tikva, near the home of Attorney General Avichai Mendelblit to demand him to indict Netanyahu on corruption charges.

The weekly vigils have become the vanguard of a grassroots protest movement against Netanyahu’s financial misdeeds.

Israeli occupation forces (IOF) on Sunday arrested a Palestinian child from Misilyah village to the south of Jenin, while clashes broke out in the neighboring town of Zababdeh.

Local sources reported that the detained child is the 14-year-old Wael Abu Eneim, according to Wafa.

In another context, IOF soldiers on Sunday dawn stormed Kobar town in Ramallah, the hometown of the Palestinian detainee Omar al-Abed who carried out Halamish attack in which three settlers were killed.