Image of the demolition order

“These notifications, which we received a short while ago, are tantamount to retaliation to expel the settlers of Amona, but this will not deter us from expelling more settlers wherever they are,” Salwad’s Mayor, Abdur Rahman Saleh, said in a statement.

He added that the buildings and structures that are being demolished include: a private school, a house, a company’s warehouse which has been operating for about a year, in addition to uninhabited homes.

Residents are seeking legal advice in order to take the matter to court and suspend the demolitions, Saleh explained.

Occupation forced placed concrete blocks on the main road between Ramallah and the villages and towns to its north.

The Israeli army claimed that the closure of the street was due to repeated shootings by Palestinian youths at the Beit El settlement.

Israel regularly closes roads leading to major Palestinian towns and cities further hindering the life and movement of Palestinians. Often this is to facilitate the movement of illegal settlers through the occupied territories, in particular during religious festivals.

Elor Azaria, an Israeli solider who murdered a Palestinian in cold blood, just had his already-derisory sentence reduced by the army chief of staff.

Azaria become a hero to many in Israel after the incident last year at an illegal Israeli checkpoint in Hebron, a city in the occupied West Bank.

Abd al-Fattah Yusri al-Sharif and Ramzi Aziz al-Qasrawi, both 21, were shot dead by Israeli soldiers in March last year. The Israeli government accused them stabbing and moderately wounding a soldier in the Tel Rumeida neighbourhood of Hebron’s Old City.

Azaria was caught on camera as he calmly and deliberately shot al-Sharif in the head as the youth lay badly wounded and completely subdued on the ground.

During the trial, Azaria was offered support from the highest political levels, with Israeli Prime Minister Benjamin Netanyahu calling for him to be pardoned altogether.

In February this year Azaria was sentenced to a derisory 18 months in prison.

If Palestinian lives were deemed of any value at in in Israel, Azaria would have been given life in prison. Instead he was given a slap on the wrist. And now, his sentence has been reduced on military order to 14 months.

After this has been reduced by another six months, as seems likely, for “good behaviour,” Azaria will likely spend no more than eight months in jail. Little illustrates the apartheid nature of Israeli “justice” better than this.

By way of contrast, 21-year-old Ahmad Yasser Baraghithi was in 2014 sentenced to eight years in jail for allegedly throwing stones at Israeli occupation forces in Jerusalem during Palestinian protests against Israeli occupation. That’s eight years, not the token eight months the killer Azaria seems likely to serve.

The fact that Azaria will serve any time in jail at all is only down to the brave Palestinian volunteer who filmed the graphic video of Azaria calmly butchering al-Sharif. Israeli settlers on the scene are heard in the video shouting, “the terrorist is still alive,” and the “the dog is still alive.”

During the trial, the court heard that what Azaria did was very much routine practice by the Israeli army, who murder Palestinians in the West Bank on a routine basis.

“In terrorist incidents I witnessed, I saw with my own eyes that in every instance in which a terrorist attacked, soldiers shot him in the centre of mass until he was neutralized … and [shot] a bullet to the head to ensure that the terrorist could not set off a suicide belt or continue the attack. These soldiers never went to court,” a long-time civilian security chief for Jewish settlers in Hebron, told the court.

The Palestinians who filmed the video and gave it to Israeli human rights group B’Tselem have received death threats for exposing the crime.

Many other Palestinians spend far longer in jail than Azaria, often for “crimes” that amount to nothing more than simply speaking out against Israel’s illegal occupation of Palestine.

Palestinian poet and photographer Dareen Tatour spent more than a year and three months in jail and house arrest for the “crime” of writing a poem entitled “Resist, my people, resist them.” The poem called on Palestinians to fight back against Israeli occupation, to “Resist the colonialist’s onslaught” and “Pay no mind to his agents among us.” Israel has a long history of criminalizing such literary expression of the Palestinian liberation struggle.

Lina Khattab is a young Palestinian who in 2014 and 2015 spent almost as much time in jail as Azaria seems likely to now. Her “crime” was to dance at a protest against Israeli occupation, which they had deemed an “illegal demonstration.” Pretty much any demonstration Palestinians organize against occupation in the West Bank is deemed “illegal” by Israel, which likes to portray a thin veneer of legality for its sponsors and political allies in the West.

Israel’s “military courts” are sham show trials which have no credibility whatsoever when it comes to Palestinian accused. Judges and prosecutors alike are all Israeli soldiers, and we are supposed to buy the Israeli propaganda which claims that this fix of a system will hold the occupation authorities to account? No.

Israel’s kangaroo courts system has a 99.7 per cent conviction rate – for Palestinians alone. This is yet another cold hard fact which makes Israel’s system in the occupied West Bank a racist one – a systematic apartheid reality, backed to the hilt by the US and the EU.

GAZA CITY (Ma’an) — Israeli naval forces opened fire at Palestinian fishing boats off the coast of Beit Lahiya in the northern Gaza Strip on Saturday morning.Locals told Ma’an that Israeli forces targeted the fishermen for no reason. No injuries were reported.

An Israeli army spokesperson said they were looking into reports.
As part of Israel’s blockade of the coastal enclave since 2007, the Israeli army, citing security concerns, requires Palestinian fishermen to work within a limited “designated fishing zone,” the exact limits of which are decided by the Israeli authorities and have historically fluctuated.
The al-Mezan Center for Human Rights reported in May that since the beginning of the year, Israel had seized five fishing boats, detained 14 Palestinian fishermen, shot and injured four, while two fisherman have been killed.
(Source / 30.09.2017)

A rights group said that Russia and the Assad regime launched military attacks against civilians as well as medical and service centers in Idlib and its countryside. The Syrian Coalition said that these attacks constitute “war crimes under international law and international humanitarian law.”

The Syrian Network for Human Rights (SNHR) said that the Assad regime and Russian air forces conducted no fewer than 714 airstrikes, including 13 with the use of barrel bombs on Idlib province in the period between 19-27 September. The attacks targeted mainly vital civilian centers such as health facilities, civil defense centers, schools and service centers in Idlib and its countryside.

The Network pointed out that the Assad regime warplanes bombed four civil defense centers, two medical facilities, an ambulance, a mosque, a school, and an IDPs camp in rural Idlib during the past ten days.

In a statement posted on its Facebook page earlier this week, the Syrian Interim Government-run Directorate called on the United Nations and the international community to intervene to stop “the aggression” being carried out by the Russian and Assad regime forces on Idlib province, especially the intensified airstrikes on vital civilian facilities and hospitals. Israeli soldiers attacked, Friday, the weekly nonviolent procession against the Annexation Wall and colonies, in Nil’in village, west of the central West Bank city of Ramallah.

Mohammad Amira, a member of National Committee Against the Wall and Colonies in Ni’lin, said the nonviolent procession started from the center of the village, also marking the seventeenth anniversary of the Al-Aqsa Intifada.

Amira stated that the protesters marched towards the Annexation Wall, isolating the villagers from their lands and orchards, and fired many gas bombs and concussion grenades at them.

The soldiers also chased many protesters in an attempt to abduct them, but were unable to do so.

The Israeli occupation army on Friday claimed a joint military and security force arrested nine Palestinians accused of planting an explosive device near a settlement in the West Bank.

According to Yedioth Ahronoth website, the arrested Palestinians were described as members of a cell that planted a homemade bomb on a street near the settlement of Migdal Oz in the settlement bloc of Gush Etzion.

Five of those detainees are also suspected of carrying out attacks on Jewish settlers and soldiers in the West Bank. All of them were transferred to a Shin Bet interrogation center. 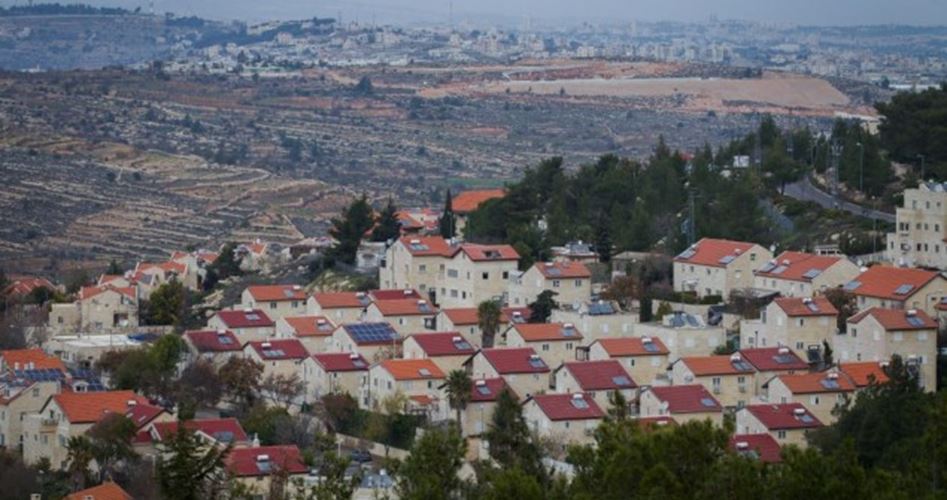 Kol Ha’ir newspaper on Saturday revealed an Israeli plan to construct a new settler neighborhood to the southeast of Gilo settlement east of Occupied Jerusalem.

The Hebrew newspaper reported that the project named “Green Gilo” will be implemented by the settlement group Manos and will include 3,000 housing units.

The paper pointed out that the plan has passed the final organization stages and that Manos group has put up the settlement units for sale with each unit costing 350,000 shekels.

Manos has announced that it seeks to establish a new network of roads and a light rail system in an attempt to attract more settlers to the area.

In a related context, Kol Ha’ir said that another construction project is being implemented in Pisgat Ze’ev settlement by Euro-Israel company where four 11-floor buildings containing 122 housing units will be built.

Euro-Israel is currently in charge of several settlement projects in Occupied Jerusalem, including 146 housing units in Pisgat Ze’ev distributed in two projects, 122 in Har Homa, 78 in Neve Yaakov, 32 in Ariel, and 96 in Modi’in Illit.

The Israeli Occupation Forces (IOF) continued to close on Saturday one of the main roads in Ramallah for the second consecutive day, restricting the people’s movement.

According to local sources, IOF soldiers have placed cement cubes on the main road linking between Jalazun and al-Bireh.

The military restrictions have sealed off the northern part of the West Bank from its southern part.

Israeli sources claimed that the restrictions followed an alleged shooting attack against the nearby illegal settlement of Beit Il on Friday. 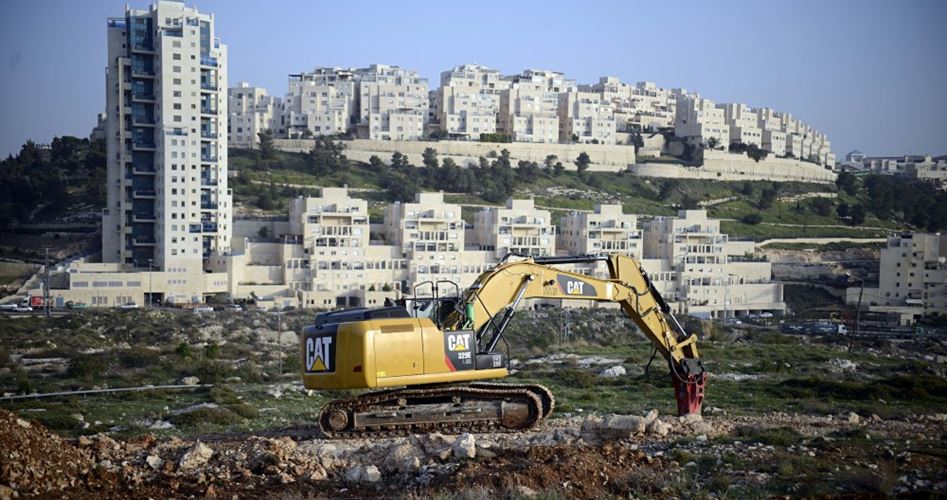 The National Office for Defending Land on Saturday asked the International Criminal Court (ICC) to investigate the escalated settlement construction in the occupied Palestinian territories.

The National Office appealed to the ICC chief prosecutor, Fatou Bensouda, to open a judicial investigation into the settlement file.

It demanded the international community to intervene to enforce the resolutions of the international legitimacy, which Israel disregards, including the UN Security Council’s resolution No. (2334) which condemned the settlement construction in the West Bank and Jerusalem and required its cessation.

The Israeli government last week celebrated what it called the “golden jubilee” of the occupation of the West Bank, Golan Heights, and Jordan Valley amid calls for intensifying the settlement activity in the Palestinian territories.

The celebration was held in Gush Etzion settlement bloc in the presence of high-ranking military and political officials, but it was boycotted by all diplomatic and international bodies operating in Tel Aviv.

The National Office for Defending Land pointed out that Israel’s Prime Minister, Benjamin Netanyahu, pledged during the celebration to build 3,000 new settlement units in the West Bank and not to dismantle any of the established settlements and outposts.