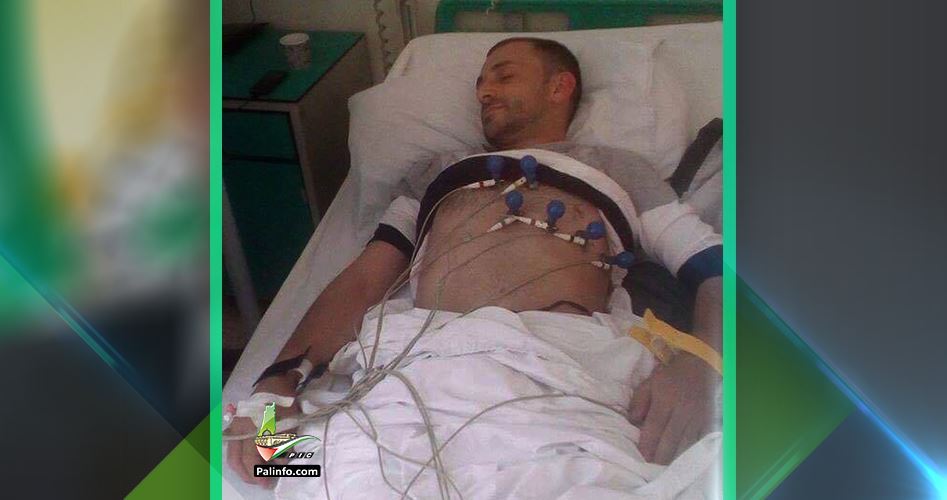 The Palestinian Authority (PA) security forces on Monday evening arrested a wounded ex-detainee in Seida town, northeast of Tulkarem, in the context of their security collaboration with the Israeli occupation army.

The Islamic Jihad Movement said that a joint force from the PA national security and the intelligence stormed Seida town and rounded up its member Seddiq Odeh from his home.

Odeh had spent more than six years in Israeli jails and survived several bullet injuries during al-Aqsa intifada, which broke out in 2000 and subsided in 2005. He was also jailed several times before by the PA. 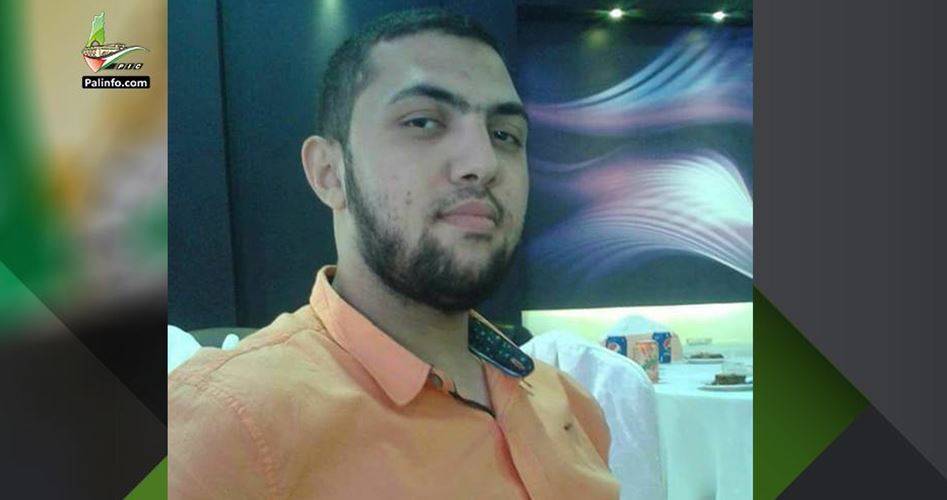 A Palestinian resistance fighter from al-Quds Brigades of the Islamic Jihad Movement was proclaimed dead on Monday evening in the Gaza Strip after he suffered a serious bullet injury resulting from friendly fire.

In a press release, al-Quds Brigades has mourned the death of 25-year-old Samed Hajjaj, a resident of al-Shuja’iyya neighborhood, east of Gaza City.

The Brigades said that Hajjaj died as he was participating in a training mission east of Gaza.

In this regard, a reporter for the Palestinian Information Center (PIC) said that martyr Hajjaj died of a head injury that resulted from a live bullet fired accidently at him during drills at one of the Brigades’ sites in Gaza City. 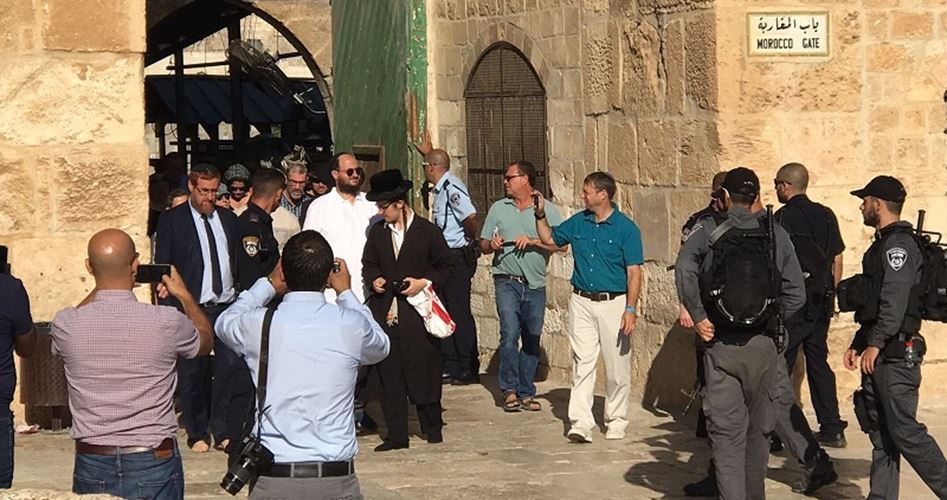 Two members of the Knesset (Israeli parliament) and dozens of fanatic settlers stormed on Tuesday morning holy al-Aqsa Mosque, in a tension-provoking move.

Reporting from Occupied Jerusalem, a PIC news correspondent said extremist MK Yehuda Glick accompanied by 25 Israeli settlers broke into al-Aqsa. Shortly after, another MK from the Jewish Home party, along with 21 settlers, showed up at the site.

Presentations on the history of the alleged temple mount were delivered all the way through the break-ins.

At the same time, the Israeli police have come down heavily on the Muslim guards and peaceful worshipers at al-Aqsa.

On August 23, Israeli Prime Minister Benjamin Netanyahu gave a green light for Tuesday break-ins at al-Aqsa by Israeli MKs, in anticipation of further escalation at the holy site.

Meanwhile, Jerusalem’s Islamic authorities called on the Palestinians to intensify presence at the site so as to defend it against Israel’s sacrilegious schemes.

A Red Crescent ambulance center and local sources reported that Mohamed Abu Mustafa and Ahmed Hashash were badly injured when soldiers opened fire at them, adding that one of them suffered a serious deep wound after a bullet penetrated his abdominal area.

The clashes started after Israeli soldiers aboard patrol vehicles entered the eastern area of Nablus and spread on streets and areas around Joseph’s Tomb.

Afterwards, dozens of Jewish settlers, who gathered at Beit Furik checkpoint east of the city, were escorted aboard nearly 30 buses to Joseph’s Tomb, where they performed noisy rituals.

According to local sources, the skirmishes were more intense at the northern entrance to Balata refugee camp, east of the city, where young men attacked soldiers with stones and firecrackers.

One young man identified as Samer Rummanah was also rounded up during the events.

At least eight Palestinians were kidnapped by the Israeli occupation forces (IOF) in abduction sweeps rocking the West Bank and Jerusalem at daybreak on Tuesday.

The IOF kidnapped a Palestinian university student and his brother from their home in Jenin’s southern town of Kafr Ra’i and another from his family home in Arraba town.

The occupation forces also stormed Qalqilya province before they kidnapped a Palestinian citizen and summoned another to questioning. The IOF rummaged into civilian homes in the assault.

At the same time, the occupation soldiers broke into Bethlehem, in the northern occupied West Bank, and kidnapped three children from their family homes.

A PIC news correspondent identified the minor arrestees as: 14-year-old Khalaf Najajra, along with 16-year-old Mahmoud Najajra and Mohamed Najajra.

Another Palestinian youth was kidnapped by the IOF in clashes that burst out in Nablus’s eastern corners.

The campaign culminated in the abduction of the Palestinian young man Anas Shatara from his home in Alezariya town, in Occupied Jerusalem.

The targeted buildings include commercial and public structures.

A few days after meeting a White House delegation to discuss avenues for restarting peace talks with the Palestinians, Israeli premier Benjamin declared Monday that he would never evacuate Israeli settlements in the West Bank, which he called Samaria.

“We are here to stay forever. There will be no more uprooting of settlements in the land of Israel. This is the inheritance of our ancestors. This is our land,” Netanyahu said, addressing a large crowd of Jewish settlers at an event held in the illegal settlement of Barkan to celebrate 50 years of Israeli settlement construction in the West Bank.

“There will be no more uprooting of settlements in the land of Israel. It has been proven that it does not help peace,” he said. “We have uprooted settlements. What did we get? We received missiles. It will not happen anymore,” he confirmed further.

Netanyahu was referring to Israel’s 2005 withdrawal from the Gaza Strip and the dismantling of settlements there after its troops faced persistent fierce resistance from the Palestinians. The next year, the popular Hamas Movement won the Palestinian legislative elections, but its rival Fatah, Israel and other foreign powers did not accept that.

“So we will not fold. We are guarding Samaria against those who want to uproot us. We will deepen our roots, build, strengthen and settle,” Netanyahu told the attendees.

Jewish settlements in the West Bank, which are considered illegal by the international community, have been at the crux of peace talks for long years.

Successive US presidents have considered the settlements an obstacle to peace and have called for, at the least, a halt to their expansion, but current president Donald Trump seems to be less critical, in his press remarks, of Israel’s settlement construction than his predecessors.

Some political analysts accuse Trump and his right-wing administration of supporting settlement construction in camera.

According to PIC reporter, Hamouri was supposed to be released on Tuesday based on a decision by the Jerusalem Magistrates Court, but Israel’s war minister, Avigdor Lieberman, issued an order to hold him in administrative detention.

Hamouri was arrested from his house in Kafr ‘Aqab neighborhood in Occupied Jerusalem on 23rd August before being immediately transferred to al-Maskoubiya interrogation center.

He had previously spent six years and a half in Israeli jails after an Israeli court accused him of being a member of the Popular Front for the Liberation of Palestine and planning to assassinate rabbi Ovadia Yosef.

A father of one child, Hamouri has received many orders from the Israeli authorities preventing him from entering the West Bank. 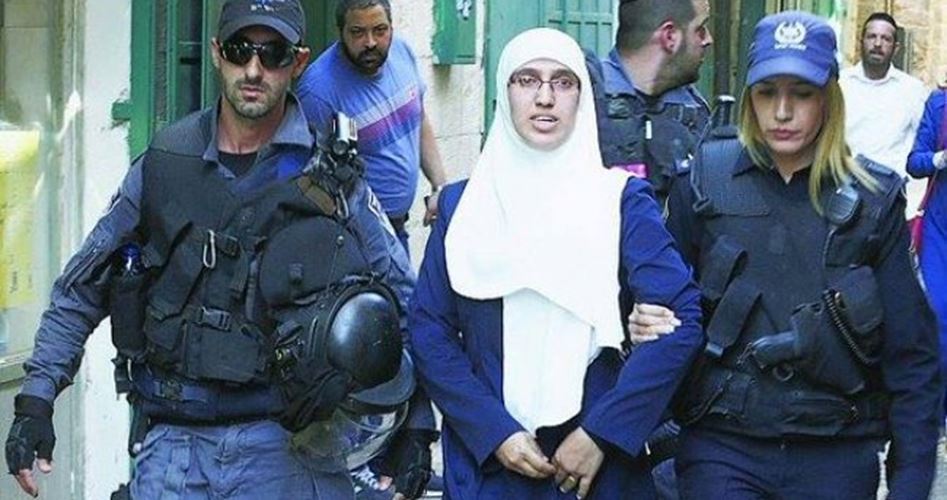 Palestinian woman Raeda Sa’id was kidnapped by the Israeli forces from al-Aqsa’s gate of al-Asbat at noontime and dragged to an Israeli interrogation center in the Old City of Occupied Jerusalem.

At the same time, activist Amjad Abu Assab said the Israeli Magistrate’s Court decided to acquit the female Palestinian instructor Manal Shweiki, 34, on conditions of a two-week house arrest and a fine of 10,000 shekels.

Expectant al-Shweiki is the mother of four children. She was kidnapped by the occupation forces from her home in Silwan town, south of al-Aqsa Mosque, on Wednesday.

In another development, 12 Palestinian instructors were recently dismissed by the Israeli Ministry of Education on allegations of anti-occupation incitement at school.

Israeli TV’s Channel 1 reported that the plan includes building hundreds of new settlement units near Ras Al-Amoud neighbourhood in occupied Jerusalem. It cited security issues as having caused the delay.

The website reported that the proposed security solutions, including the expansion of security systems in the roads leading up to the planned settlement, are being studied.

On Sunday, Erdan and a number of Israeli police officers carried out a tour in the target area to examine the proposed security solutions, noting that he also visited the new synagogue which was opened in the area on last Thursday.

The TV channel, on its website, reported Erdan saying he would afford personal security for “every Jewish family that decides to reside in Silwan”.

UN Security Council passed a resolution on 23 December 2016, calling on Israel to “immediately and completely cease all settlement activities in the occupied Palestinian territory, including East Jerusalem.

It considered the establishment of settlements by Israel has no legal validity and constitutes a flagrant violation under international law.