BETHLEHEM (Ma’an) — The Israeli Supreme Court on Wednesday ruled not to release the bodies of Palestinians still held in Israeli morgues to their families for burial, shortly after a rally organized by relatives of the slain Palestinians was violently suppressed by Israeli forces in Bethlehem.

The court also a rejected a petition by Israel’s general prosecution that requested that the four Palestinians, who died while carrying out attacks on Israelis, be buried in Israel’s “cemetery of numbers,” a series of mass graves comprised of marked and unmarked plots of mostly Palestinians killed by Israeli forces over the past 60 years.
In January, Israel’s security cabinet said that the bodies of Palestinians allegedly affiliated to the Hamas movement would not be returned to their families, as Israel considers the bodies to be a bargaining chip that could be used in a future exchange deal with Hamas, the de facto ruling party of the besieged Gaza Strip, where the bodies of two Israeli soldiers are believed to be held.
According to lawyer Muhammad Mahmoud, who was present at the court hearing, the Supreme Court rejected the state’s order because the claim that the bodies could be used in such a deal was “unconvincing.” 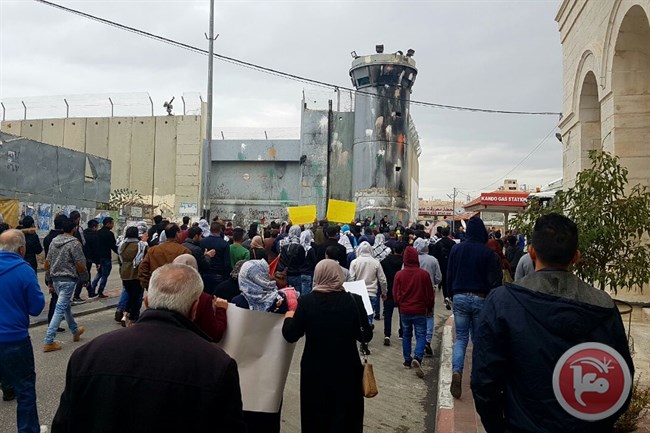 Protesters march in Bethlehem demanded the release of slain Palestinians’ bodies
The court gave the Israeli prosecution 45 days to again justify the state’s reasoning for continuing to detain the four bodies — those of Abd al-Hamid Abu Srour, Muhammad al-Faqih, Muhammad Tarayra, Rami Awartani, and Misbah Abu Sbeih — which have been held for 11 months, eight months, seven months, seven months, and five months, respectively.
As the court ruled to reject both the request to return the bodies to their families for burial and to bury them in the cemetery of numbers, it remained unclear what outcome the court envisaged for the case.
The petition for the release of the four bodies had been submitted by the Palestinian Committee for Prisoners’ Affairs, the National Campaign to Retrieve Bodies, and the Jerusalem Legal Aid and Human Rights Center(JLAC).
Israel has also continued to hold the body of Fadi al-Qunbar, whose house was punitively sealed with cement on Wednesday, although he was not included in the case heard at the Supreme Court. 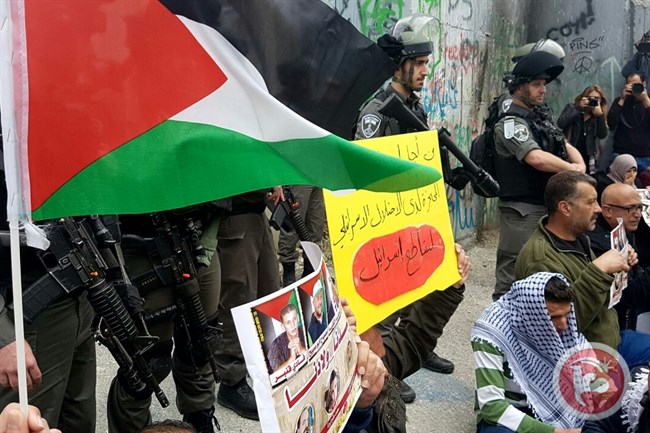 The court’s decision was handed down shortly after Israeli forces suppressed a march in the southern occupied West Bank city of Bethlehem, which was held by Palestinian families involved in the case, and attended by dozens of supporters, including head of the Palestinian Committee of Prisoners’ Affairs Issa Qaraqe.
Protesters marched to the northern entrance of Bethlehem adjacent to Israel’s separation wall, where Israeli soldiers suppressed the rally by firing bullets, sound bombs, and tear gas at crowds, with a number of Palestinian youths sustaining injuries from rubber-coated steel bullets, while others suffered from severe tear gas inhalation.
Azhar Abu Srour, the mother of Abd al-Hamid Abu Srour, who has since become a leader in the protest movement against Israel’s policy of withholding bodies, had addressed protesters Wednesday afternoon: “Our message today to the Israeli occupation is the same as every day. We will continue until the last body of our slain Palestinians is returned.”
“I’m not only referring to these martyrs who are currently being held in Israeli morgues, but also to those who have been held al-Arqam cemetery (cemetery of numbers) for decades, which makes us wonder — why is this crime still being committed?”
“Families have the right to say a final farewell and to visit their sons at their graves,” she affirmed, adding that “we cannot give up on seeking justice for our martyrs” — using a term commonly used to describe Palestinians who were killed in the context of the Israeli-Palestinian conflict.
A joint statement released by Addameer and Israeli minority rights group Adalah in March 2016 condemned Israel’s practice of withholding bodies as “a severe violation of international humanitarian law as well as international human rights law, including violations of the right to dignity, freedom of religion, and the right to practice culture.” 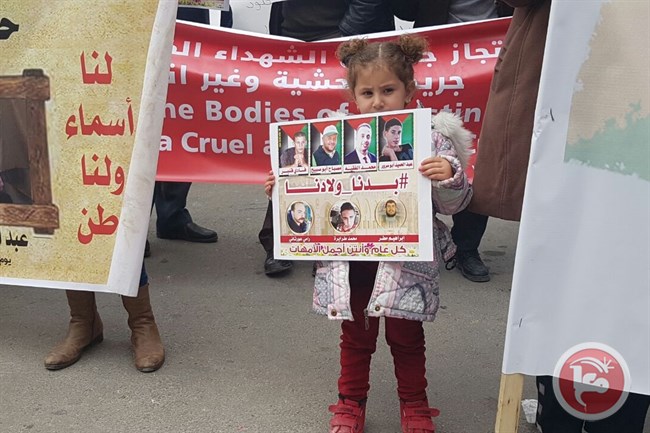