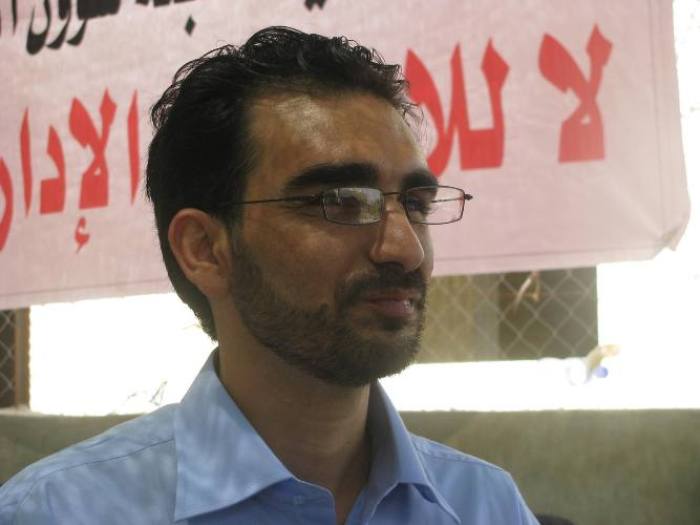 Palestinian prisoner and former long-term hunger striker Thaer Halahleh’s administrative detention without charge or trial was renewed for the fifth time, reported the Palestinian Center for Prisoners’ Studies on Saturday, 9 July. Halahleh, who is ill with Hepatitis C, contracted during a dental operation in Israeli prisons where improper sterilization was used, has been imprisoned without charge or trial since 19 August 2014.

Halahleh, 27, from the village of Kharas near al-Khalil, is held in the Negev desert prison. He has been denied family visits with his wife and children for seven months, and receives only painkillers as treatment for his illness.

Halahleh is one of nearly 750 Palestinian prisoners held without charge or trial under administrative detention on the basis of secret evidence. Administrative detention as a policy as practiced by Israel is a violation of the Fourth Geneva Convention and other relevant international humanitarian and human rights law. Palestinian administrative detainee Bilal Kayed is currently on his 25th day of hunger strike demanding his release from detention, imposed upon him following the completion of his 14.5-year sentence in Israeli prisons.