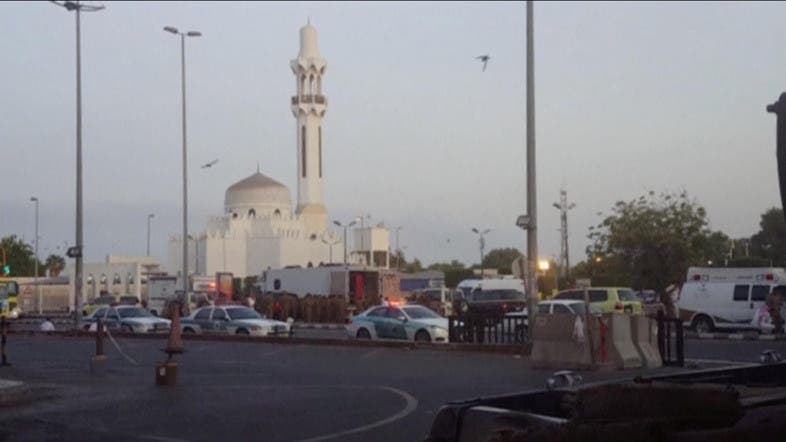 General view of security personnel in front of a mosque as police stage a second controlled explosion, after a suicide bomber was killed and two other people wounded in a blast near the US consulate in Jeddah, Saudi Arabia, in this still frame taken from video July 4, 2016

Egypt’s grand mufti, the country’s most top religious figure, has denounced Monday’s “terrorism events” in Saudi Arabia which saw a suicide bombing strike near the Prophet’s Mosque in Madinah, considered to be one of the holiest sites in Islam.

Shawki Ibrahim, who has held the office since early 2013, said religious sheikhs who incite radicalism cannot be described as “Islamic scholars,” likening “terrorism” to “cancer” that “must be eradicated.”

He also said fighting “terrorism” should be “everyone’s responsibility,” and urged youth to “reject” religious edicts or fatwas that incite strife and “destroy countries.”