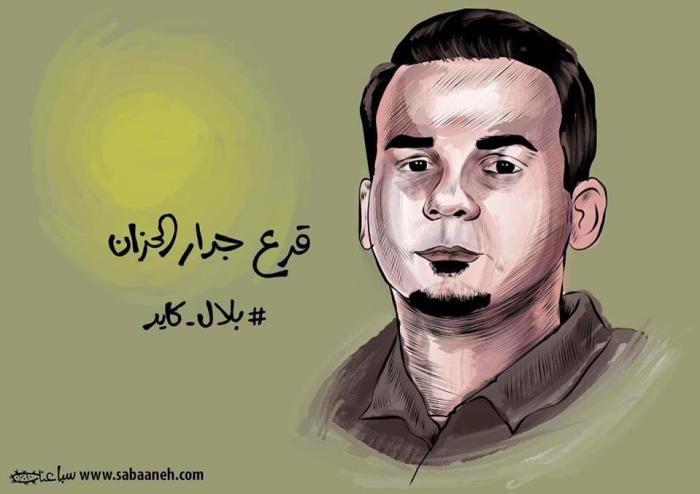 Palestinian prisoner Bilal Kayed, on his 14th day of hunger strike, was transferred on Monday, 27 June, from isolation in Ramon prison to isolation in Ahli Kedar prison in Beersheba.

Isolation and transfers are frequently used by the Israeli prison administration in order to undermine prisoner protests, including hunger strikes. Kayed launched his strike on 14 June after being ordered to six months’ administrative detention upon the expiration of his 14.5 year sentence in Israeli prison on 13 June.

His comrades in the Popular Front for the Liberation of Palestine and Palestinian prisoners across political lines have been participating in escalating steps of protest within the prison, including hunger strikes, demanding Kayed’s freedom. Among them are 11 prisoners in Jalameh prison, who have been hunger striking for one week in solidarity with Kayed; their lawyer, Jalal Abu Wasel, noted the poor conditions in the jail, which is provided with security equipment by multinational security corporation G4S, including poor hygiene, insect infestation, and intolerable heat.

Kayed’s case is seen as threatening a dangerous precedent of imprisoning Palestinian prisoners indefinitely following the expiration of lengthy sentences. Hundreds of Palestinian prisoners are participating in hunger strike protest actions demanding Kayed’s freedom. The PFLP affiliated prisoners have announced they will join Kayed in a full open-ended hunger strike in early July should he remain imprisoned.

A military court hearing to confirm Kayed’s administrative detention was postponed until 6 July after he refused to attend or participate in the scheduled hearing last week, declaring that the court and process has no legitimacy.

There are over 700 administrative detainees in Israeli jails, held without charge or trial on the basis of secret evidence. Administrative detention orders, issued for one to six month periods, are indefinitely renewable.

People around the world have participated in protests to free Kayed, as thousands have taken to the streets in Palestine to demand his release.