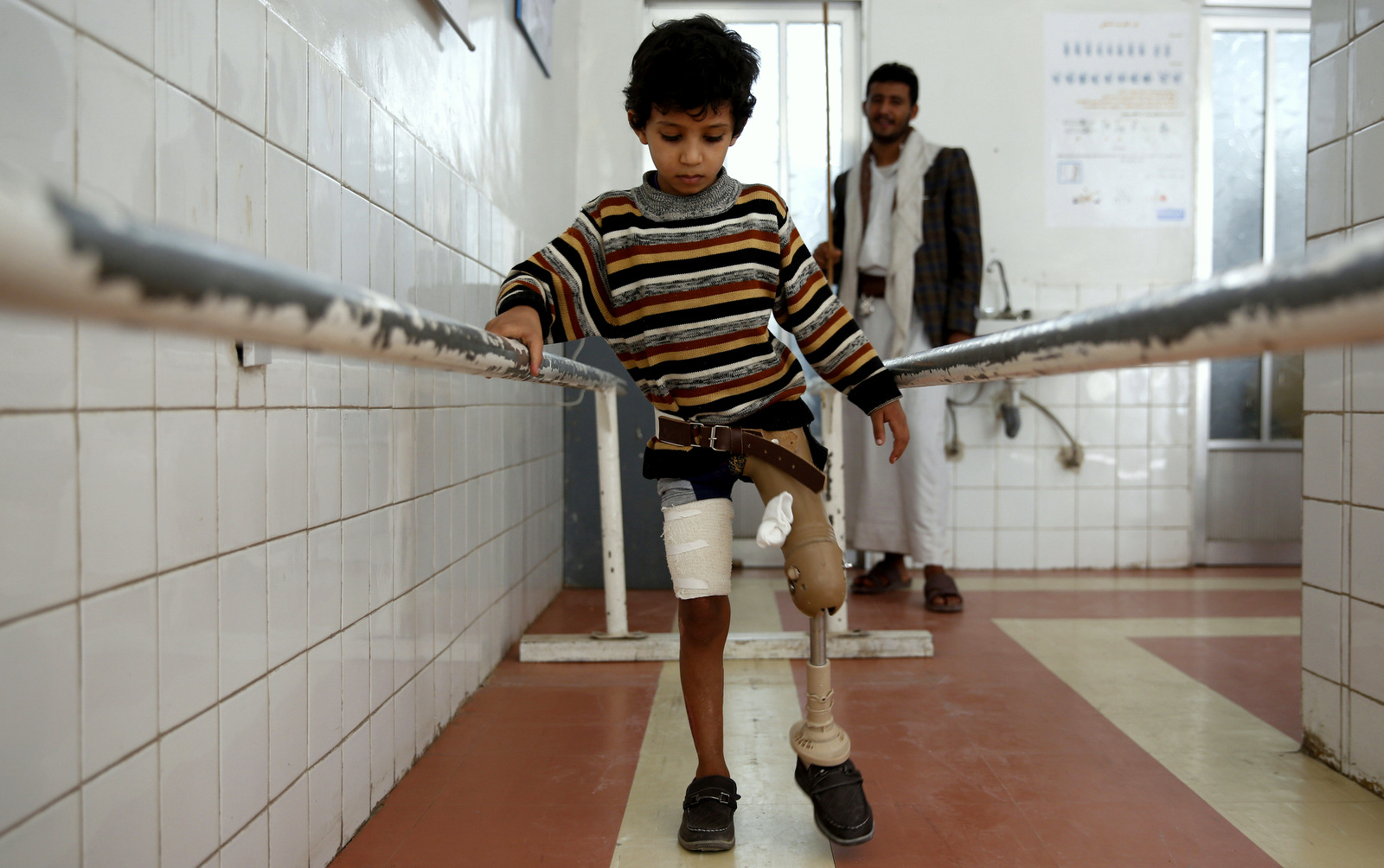 A young boy who lost his leg in the Yemen war uses a prosthetic limb at a government-run rehabilitation center in Sanaa, Yemen, Saturday, March 5, 2016. Yemen’s conflict pits the government, backed by the Saudi-led coalition, against Shiite rebels known as Houthis allied with a former president. Yemen’s war has killed at least 6,200 civilians and injured tens of thousands of Yemenis, and 2.4 million people have been displaced, according to U.N. figures

The annual “name-and-shame” blacklist of children’s rights violators was released today by the United Nations, with a conspicuous addition to the usual suspects. The new list included the Saudi-led coalition currently engaging in a war in Yemen.

The Saudi forces launched the war in Yemen in March of last year, and have killed massive numbers of civilians in airstrikes. UN Secretary-General Ban Ki-moon said “grave violations against children increased dramatically” in Yemen because of the Saudi coalition’s involvement.

The UN report from last year already included the Shi’ite Houthis, along with the pro-Saudi Hadi government and al-Qaeda’s Yemen affiliate. All were present again, and are all “persistent perpetrators,” being listed for at least five consecutive years.

Other governments named directly in the list were Afghanistan, DR Congo, Somalia, Myanmar, South Sudan, Sudan, and Syria. A large number of other “warring parties” were named in the list across several continents as well.

The US was named only indirectly, with the report faulting the US attack on a Doctors Without Borders hospital in Kunduz, Afghanistan, but conspicuously only blaming it on “international forces.” The US has admitted to the attack, but denies it was a war crime. The US is also a party of the Saudi-led coalition in Yemen, though once again not singled out in the report.

As usual, the report did not include Israel or Hamas. The inclusion of one or both of those factions is a subject of hot debate each year, though recently Ban has sought to simply keep them off the list and fault specific actions by each side.