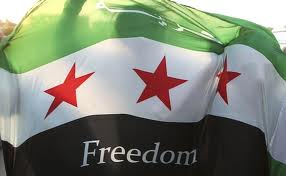 The image of 3 year old Alan (Aylan) Kurdi from Kobane lying dead on a Turkish beach has defined a refugee crisis and shocked the world.

Abdullah Kurdi, the surviving father of the family of 4, is back in the remains of his home in Kobane, which has already been rebuilt once after the attacks by the Islamic State. The house next door, 108, is still a crumpled ruin of a bomb site. 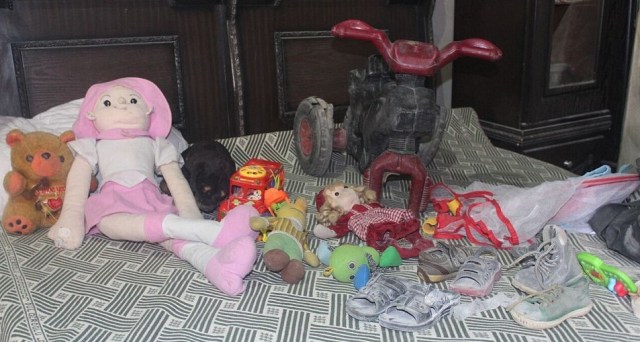 Abdullah, a hairdresser by trade, is surrounded by the belongings of his dead wife and his children.

His brother, Mohamad, who is currently resident in a refugee camp in Germany, confirms the story that the family came back to Kobane in 2012 from Damascus (after a spell in Aleppo) after Abdullah had been detained and tortured by the Assad regime.

They were forced to leave Kobane, where Abdullah was born, when the Islamic State tried to invade the city and the bombing began.

Staying in Turkey for a while they decided to try and make it to Europe and start a better life – and that’s when the tragedy of the drownings occurred on a dark night on the Mediterranean in an inadequate boat and rough seas.

Abdullah’s sister, Tima, who lives in Canada, still hopes to persuade him to join her there. You can read more in theDaily Mail.

Reactions to the whole Syrian refugee crisis vary considerably. Germany to its credit has embraced it, some other European countries reluctantly have agreed to do more and the rich Gulf States ignore the plight of their fellow Moslems altogether.

While Turkey has housed and fed almost more Syrian refugees that all other countries put together, it is easy to understand why Syrians do not want to stay there.

One young Turk Tweeted on the death of Alan, the 3 year old, “I was upset when i saw the dead kid until i found out he was Kurdish” – and received a rush of appropriate condemnation for his callousness and ethnic hatred.

A Kuwaiti official has been filmed on video explaining why his country should not take any Syrian refugees. It makes pretty sickening listening.

“Kuwait and the Gulf Cooperation Council countries are too valuable to accept refugees,” he says. “Our countries are only fit for workers. Its too costly to relocate them here. Kuwait is too expensive for them anyway as opposed to Lebanon and Turkey which are cheap. In the end it is not right for us to accept a people who are different from us …”

As someone points out below the video, he seems to have forgotten that Kuwaitis fled to Egypt when Saddam Hussein invaded his country.
You can watch the whole statement, (English sub-titles) HERE:

Al Jazeera also asks, “Where are the Gulf Countries?”.

EDITOR: I think few people realise how long, difficult and dangerous the journey is from Syria to Western Europe. On the Greek island of Mytilini, where Kurdish refugees have been living in public parks, 2 Greek youths aged 17 have been arrested after hurling Molotov cocktails at the campsite early on Sunday morning. One Syrian Kurd was injured in the attack and transferred to hospital. 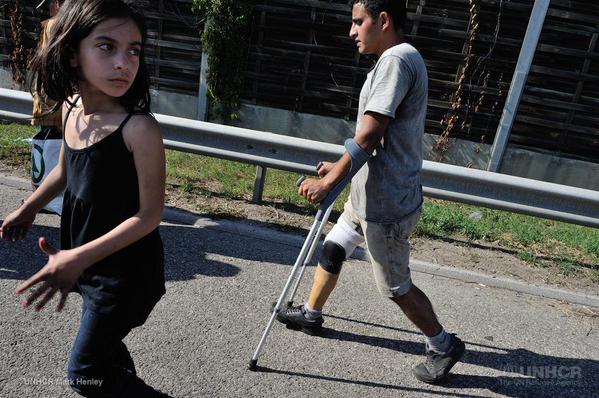 Walking to Austria on Crutches

Some refugees just have incredible guts.

UNHCR picked up on Saleh who lost a leg when a shell hit his home in Syria. On Friday he was seen walking across Hungry to the Austrian border.

This little 13 year old boy from Syria, Kinan, having been manhandled by the police in Greece, Macedonia and Hungry, says it all –“Just Stop the War in Syria”, HERE:

EDITOR: Hopefully, young Kinan Masalmeh, is now safely in Germany and has a brilliant future ahead of him.

And there are some good reports. Hamdi Ulukaya, a Kurd from south-east Turkey who went to the USA to learn English and became a “Greek-style yoghurt” millionaire under the brand name “Chobani” (shepherd in Turkish), is donating $700 million of his wealth to support refugees in Kurdistan and elsewhere under the Giving Pledge organisation set up by Bill Gates and others to give away half of their wealth to good causes. You can read more,HERE:

Lastly on the refugee crisis, a Syrian musician from Sweida has been awarded a music scholarship in Italy and plays music with his brother in Lebanon over Skype, (requires 2 video clicks) HERE:

Interesting report on the YPG/YPJ using tactics learned from the PKK and developing Secret Resistance Units, in this case known as the “Tabor”. Operating behind enemy lines, they have recently been credited with poisoning a whole group of Islamic State fighters, HERE:

More strange, is a statement by the leading spokesman for the YPG, Redur Khalil, accusing the Syrian National Coalition (SNC), the main political Opposition to Assad in Syria, of providing “political and financial support” to the Islamic State (IS) while they were attacking Rojava.

The accusations are based on documents found at hospitals at Tel Brak and Tel Hamis, 2 towns in Hasakah province formerly held by IS but now under YPG control, which apparently show that Western aid was used by the SNC to provide IS with medical supplies and equipment. You can read more HERE:

On the other hand, Amnesty International has issued a report in the last 24 hours criticising the YPG for unlawfully detaining people for long periods without trial and denying them the right to see the evidence against them, a lawyer and their family.

Amnesty’s researchers interviewed 10 prisoners held by the PYD, YPG’s political wing, and although their prison conditions were adequate, not over-crowded and well-equipped, many had been detained by the Asayish (Kurdish security) on spurious charges, non-criminal offences or because of political affiliations. 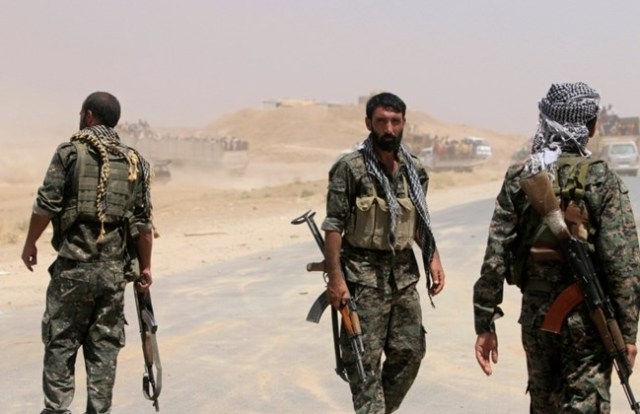 The Syrian Democratic Kurdish Party (PDK-S), a Kurdish opposition party, told Amnesty that 12 members of their party based in Afrin Canton had been arbitrarily detained in 2014 by the Asayish and sentenced for committing terrorist acts without any substantiated evidence.

One of their leaders was released last week.

Lama Fakih, a Senior Crisis Advisor at Amnesty said,“The PYD-led autonomous administration cannot use their fight against terrorism as an excuse to violate the rights of individuals in areas under their control.

Resorting to such heavy-handed tactics in the name of security such as locking up suspects based on their views or tenuous affiliations without evidence is only likely to backfire and does nothing to improve security.

Regardless of the alleged crime, detainees’ basic rights to a fair trial and freedom from arbitrary arrest should be upheld.”

Click to read more of the Amnesty International report.

RUSSIA BUILDING AN AIRBASE IN SYRIA, POSSIBLY THREATENING ISRAEL, WHILE ASSAD REGIME CLAIMS TO HAVE “SOLVED” KILLING OF DRUZE CLERIC:

Latest information from Syria suggests that Russia is building an airbase in Lattakia province.

The arrival of Russian troops and equipment at the main port and Russian naval base at Tartous was noted but now it seems land has been prepared, a control tower built and prefabricated housing for up to 1,000 personnel transported to the site in Lattakia. 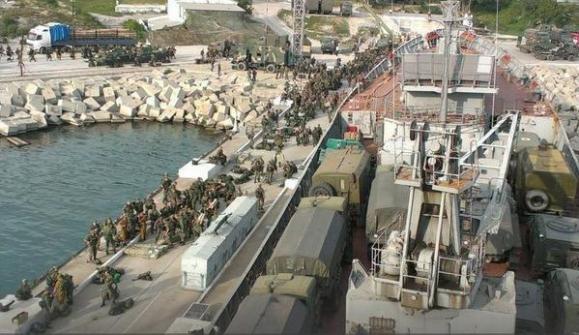 Russia has also requested the rights to fly over neighbouring countries with cargo planes during September, raising fears that Russian President, Vladimir Putin, is expanding his country’s role in support of the Assad regime.

The US has already picked up on the expansion and Secretary of State John Kerry contacted his counterpart in Moscow, Sergei Lavrov, last Saturday to express America’s concerns about any escalation in the conflict. You can read more in the Telegraph.

Interestingly, the pro-Hezbollah daily in Lebanon, Al Akhbar, claimed that the Russian presence will “close Syria’s skies to Israeli jets” and Tel Aviv “will face the predicament of a resistance region in southern Syria that has Russian cover.”

(EDITOR: I shall be very surprised if Israel takes that lying down!)

At the same time, British Prime Minister David Cameron, today, Monday, made a statement to say that a British Royal Air Force drone, acting on intelligence received, fired a missile in Syria in August deliberately striking 3 targeted Jihadists in the IS HQ city of Raqqah.

2 of the Jihadists were British, Reyaad Khan, 21, from Cardiff in Wales and Ruhul Amin, from Aberdeen. Officially, the UK is not yet operating in Syria, only Iraq, but is set to change that soon. The BBC has more.

Cameron also said that the UK will take 20,000 Syrian refugees over the next 5 years at 4,000 per year, mainly disadvantaged children and orphans, but all from UNHCR refugee camps in the Middle East.

President Hollande of France also announced today that French military reconnaissance flights will begin over Syria tomorrow and has ordered the French Air Force to prepare to make airstrikes. He also said that France will take in 24,000 Syrian refugees. 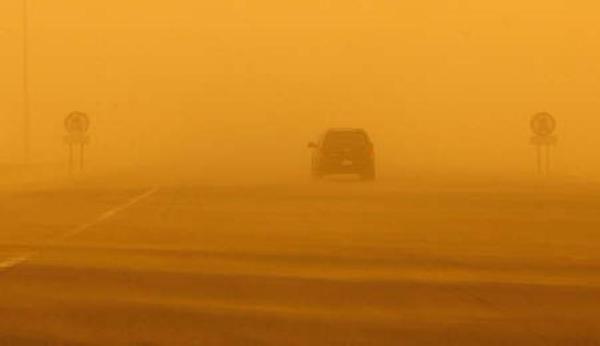 Lattakia, and then later almost all of Syria’s provinces today, were hit with a sand storm, which mercifully meant there were no planes flying and no helicopters dropping barrel-bombs.

In Idlib province it was said to be the worst sandstorm in 50 years, HERE:

Fighting continues in Aleppo province around Mare between the Islamic State and Opposition brigades, with the final tally of dead on Friday reaching 47, 27 of them IS Jihadists.

In this footage Opposition fighters are shelling IS positions at some grain silos north-east of Mare, HERE: and fighting today, Monday was concentrated around Harbul where unconfirmed reports say the Opposition removed IS fighters from control of the town.

In Sweida province, events escalated further on Friday with 27 killed and 48 injured in clashes between Druze protestors and Assad’s security services (scroll down – see below).

Over the weekend, some Druze leaders tried to calm the situation and Government security services made themselves scarce after 6 of their colleagues were killed last week. Demonstrations continued, as seen HERE:  andHERE:

The Syrian Army has closed the road between the mainly Druze district of Jaramana in Damascus and Sweida province and the Internet has been disconnected for the 4th day.

The Syrian Government announced at the weekend that it had arrested a “militant”, Wafi Abu Trabi, for “masterminding” the car bomb explosion which killed the well known anti-Assad Druze cleric Wahideddine al-Balouso (see below).

It was further claimed that Trabi was “a member of the Al-Nusra Front”, but as he is a Druze, this would seem unlikely, Trabi himself in a televised interview contradicting this and saying he was “recruited by an Assad-defected colonel in the Opposition”.

EDITOR: I all sounds like a big cover-up to me!

In Idlib province 3 were killed over the weekend and 40 injured after an Assad airstrike on Ariha brought down 6 buildings.

The Opposition coalition which is attacking the Alawite enclaves of Fuah and Kafarya in Idlib province, is being threatened by the Shiites in the Sayyidah Zaynab area of Damascus. The Shiites say that they will attack Opposition areas in southern Damascus if the enclaves fall.

At Zabadani in Damascus province, 14 barrel-bombs were dropped on the city this morning before the weather came down, killing at least 3 Opposition fighters including a commander, though the fighters continue to hold out against all the odds.  An ambush though later today is said to have killed a dozen pro-Assad and Hezbollah fighters.

Lastly, the Islamic State continues on its “not so merry” way, executing by hanging 2 Kurdish men in Al-Bab in Aleppo province for “apostasy”, while in Homs province north-west of Palmyra, IS captured the last of Assad’s oil fields at Jazal.