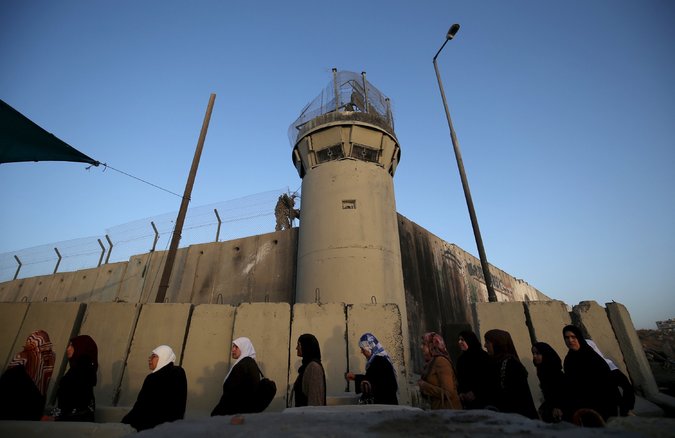 RAMALLAH, West Bank — Israel canceled permission for hundreds of residents of Gaza to enter Jerusalem to pray during Ramadan in Al Aqsa Mosque, the third-holiest site in Islam, after rocket fire from the coastal enclave, Israeli officials said on Wednesday.

The move represents the latest effort by Israel this week to rescind gestures that were intended to ease movement into Israeli-controlled territory for the Muslim holy month of Ramadan.

Critics said the move highlighted Israel’s tight control of Palestinians in the occupied West Bank and Gaza, and they likened it to collective punishment.

Israeli officials said the move was meant to pressure Palestinians to prevent militants in their communities from undertaking attacks. Hours after the cancellation was announced, an Israeli man who had been found seriously wounded near Moshav Pedaya, a community south of Tel Aviv, died from his wounds. The police said they suspected that the man was beaten by Palestinians who came into Israel illegally.

The Israeli military agency that handles Palestinian civilian affairs, known as Cogat, said on Twitter that it had made the decision after rockets were fired into Israel from Gaza on Tuesday night, in violation of a truce that was put in place after the war last summer between Hamas, the militant Islamic group that controls Gaza, and Israel.

The agency had planned to allow hundreds of Palestinians from Gaza to worship in the compound of Al Aqsa each Thursday and Friday of Ramadan, which began last week.

The Israeli authorities have restricted movement in and out of Gaza sinceHamas won elections there in 2006, and the restrictions were further tightened after Hamas drove out the Fatah party from Gaza in 2007. Most Palestinians in the West Bank must apply for permits to enter Israeli-controlled areas, except for older residents, who can generally move about freely.

“The Israeli occupation practices extortion and extortion against the Palestinian people in the Gaza Strip,” said Sami Abu Zuhri, a spokesman for Hamas in Gaza. “The occupation increases tension and will pay the price for the current situation.”

An extremist group loyal to the Islamic State claimed responsibility for the rocket attack, but Israeli officials hold Hamas accountable for actions in Gaza.

The cancellation will affect 500 Palestinians who were planning to worship in Al Aqsa Mosque on Thursday and Friday, a Cogat official said. She spoke on the condition of anonymity, citing the agency’s guidelines.

Palestinians in Gaza are still allowed to visit family members in the West Bank, another gesture announced for Ramadan, she said.

But Israeli officials reversed several other measures related to Ramadan this week, including moves that would have allowed Palestinians from the village of Sair, in the West Bank, to enter Jerusalem to worship, and let 500 Palestinians fly out of Israel’s main airport. Palestinians in the West Bank must ordinarily cross into Jordan to fly from an international airport.

Those moves came after a young man from the village stabbed and seriously wounded an Israeli police officer on Sunday.

“This whole issue of restrictions, and easing restrictions, is another example of how much control the Israelis exert over Palestinians,” said Sarit Michaeli, a spokeswoman for the Israeli human rights group, B’Tselem, “not just in the West Bank, but also in Gaza, under indirect Israeli control.”