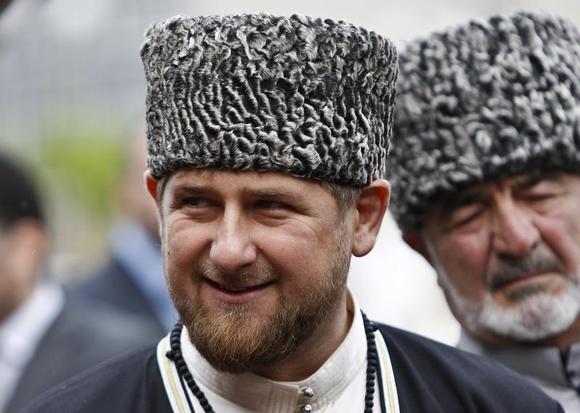 (Reuters) – A unit of the Russian security forces is training to counter Islamist militants amid fears fighters in Syria will return to join insurgents in the North Caucasus, Chechnya’s Kremlin-backed leader said.

The Kremlin fears Russian-born militants will return from Syriato join those who want to carve out an Islamic state in Chechnya and other mostly Muslim provinces in the mountains on Russia’s southern fringe.

Officials have said 400 Russians are fighting with al Qaeda affiliated groups in Syria. Experts estimate the numbers are much higher. Some Chechens, veterans of two post-Soviet wars against Russian rule, have emerged as Syrian rebel leaders.

“These bandits post videos daily claiming that after Syria they will migrate to the North Caucasus and engage in terrorist and subversive activities,” Chechnya’s leader Ramzan Kadyrov said in a statement posted on the regional government’s website late on Wednesday.

“We cannot sit quietly listening to these threats and wait for this plague to move towardRussia … so the police and the republic’s leadership are taking preventative measures.”

A spokesman for Kadyrov refused to provide details on the steps being taken by law enforcement agencies.

More than a decade after Moscow defeated a separatist revolt in Chechnya, it is fighting an insurgency that has shifted from a nationalist cause to an Islamist one and spread to other Caucasus mountain provinces.

On Thursday, Russia said it had killed five suspected militants in Dagestan. The men had fired shots at police officers patrolling Sadovoye village near Khasavyurt, a city 90 km (55 miles) northwest of the regional capital Makhachkala, a law-enforcement source who did not want to be identified said.

Russia is cracking down hard on the insurgents ahead of its hosting of the 2014 WinterOlympics in February in Sochi, at the western edge of the Caucasus range.

Islamist Chechen rebel Doku Umarov, who leads militants seeking a Caucasus Emirate in Russia, urged his fighters in July to use “maximum force” to sabotage the Olympics.

A suicide bombing in October that killed seven people in Volgograd, a city north of Sochi, raised fears of further attacks. Twin suicide bombings in the Moscow subway in 2010 killed 40 and a bombing at a Moscow airport in 2011 killed 37.

President Vladimir Putin, who has staked his reputation on the Games’ success, has said militants returning from Syria pose “a very real” threat and signed an anti-terrorism law this month to jail for up to six years any who come home.

Russia has been President Bashar al-Assad’s strongest diplomatic backer during the conflict in Syria and has frequently said Islamist militants are gaining increasing might among rebels fighting the government.

The new law makes relatives of militants financially liable for damage caused by attacks, a measure aimed at deterring militants by putting pressure on their families.

“The terrorists in Syria must know what awaits them in Russia if they show up here,” Kadyrov said.

Authorities in Chechnya have banned funeral ceremonies for anyone killed in Syria, and officially backed Muslim clerics cast the conflict as an internal political struggle, not a religious fight.

Kadyrov said last month he had fired a senior immigration official in Chechnya because his daughter had joined Syrian rebels. The defection from the wealthy and well-connected family highlights the attraction for Sunni Muslim youths in the North Caucasus of joining the Syrian conflict.

Kadyrov, an ethnic Chechen who once fought with separatists but later switched sides and pledged loyalty to the Kremlin, has imposed an uneasy peace in the region, using tough methods.