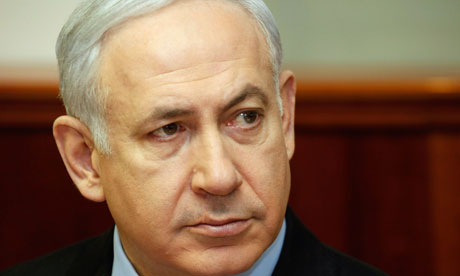 Israel‘s prime minister has accused Iran of being behind car bombs targeting Israeli diplomats in India and Georgia.

Binyamin Netanyahu told a meeting of politicians from his Likud party that he believed Tehran was responsible for the attack in New Delhi and an attempted attack in Tbilisi.

Two people were wounded in India; the bomb in Georgia was discovered before it went off.

Netanyahu said Israel had thwarted attacks in Azerbaijan, Thailand and elsewhere in recent months. “In all those cases, the elements behind these attacks were Iran and its protege Hezbollah,” he said.

Iran has accused Israel of involvement in a series of killings of officials and scientists involved in its nuclear programme.